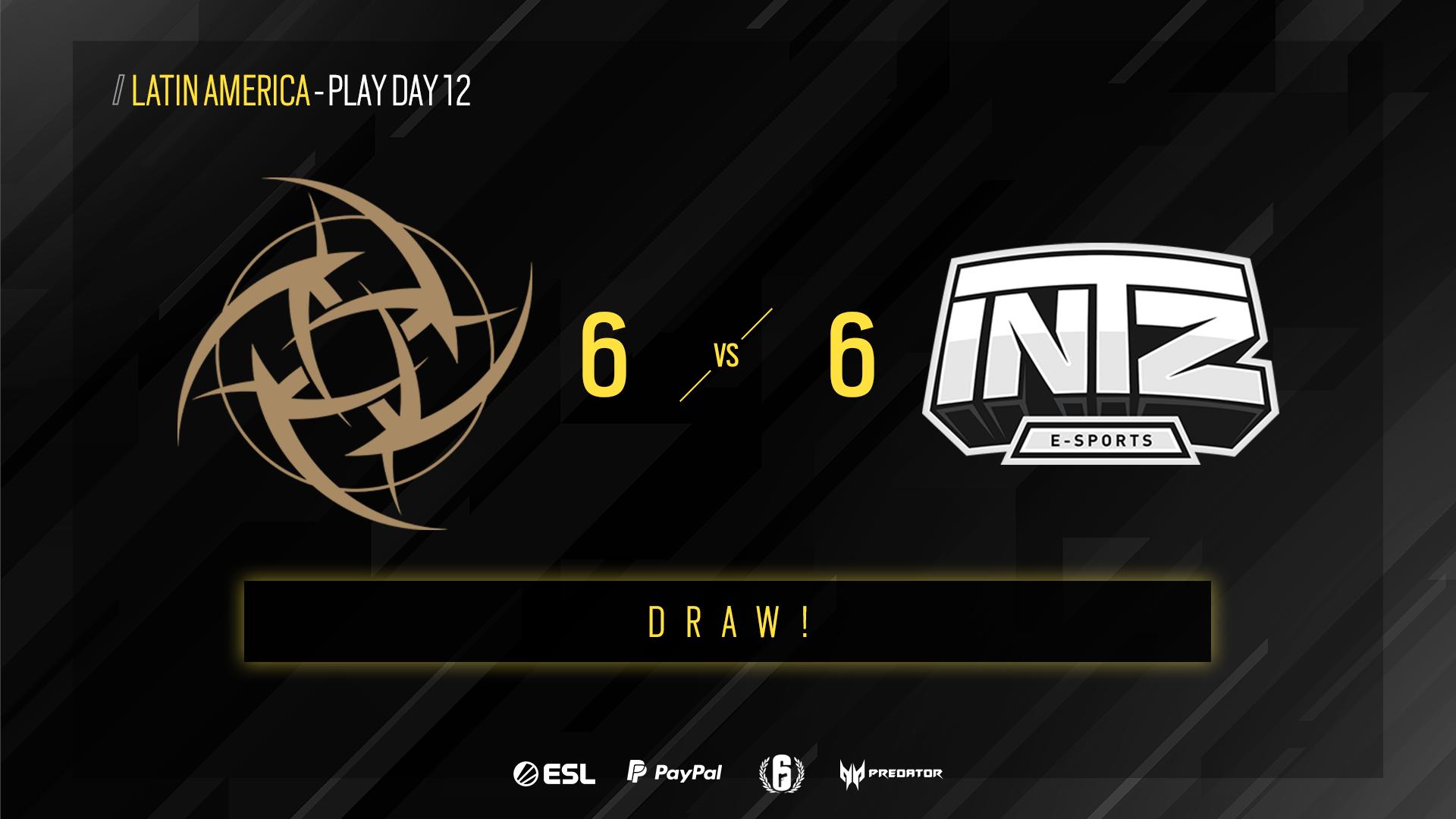 Ninjas in Pyjamas allowed INTZ Esports to force a 6-6 draw in what should have been an open-and-shut matchup today in the Rainbow Six Siege Pro League.

NiP looked to be in fine form at the start of season 10, but they’ve experienced a massive downturn when it comes to their expected performance in the second half of the season. This tie effectively makes INTZ the gatekeeper to all teams making a Japan Finals run, according to broadcasters Michael “KiXSTAr” Stockley and Ghassan “Milosh” Finge.

Looking at the remainder of the matchups for the Latin American division of the Pro League, INTZ will faceoff with FaZe Clan and Team Liquid. Both FaZe and Liquid are still in the running for the Japan Finals. INTZ shifting into a spoiler role from the bottom of the board is a change that nobody saw coming. The fact that a team near the bottom of the standings can even draw against the top-ranked squad in the division is a bit of a shock. If INTZ didn’t drop the last four rounds in a row, NiP would’ve most likely been cut out of the race—or at the very least, it would’ve made it difficult for them to make it to Japan.

There are three decent contenders in the Latin American division. While NiP are still the frontrunner, they’ll have to hope that FaZe and Liquid are taken down or drawn out by INTZ. Team oNe Esports are also a strong option for the Japan Finals. With three soft matchups, Team oNe should be able to grab the last nine available points left in the season. Elevate and MIBR shouldn’t pose too big of a threat but there’s some draw potential with MIBR. Black Dragons handily dispatched Team oNe in matchday six, so there’s also some upset potential in that matchup.

NiP’s draw today opens up a lot of possible outcomes and places the division in the same chaotic boat as the European division. What seemed like a division that was set in stone is now completely up in the air. NiP will be looking for a hard-fought victory against Liquid in matchday 13.

The Latin American division of the Rainbow Six Pro League returns on Oct. 11 for matchday 13. Fans can catch the official broadcast here.