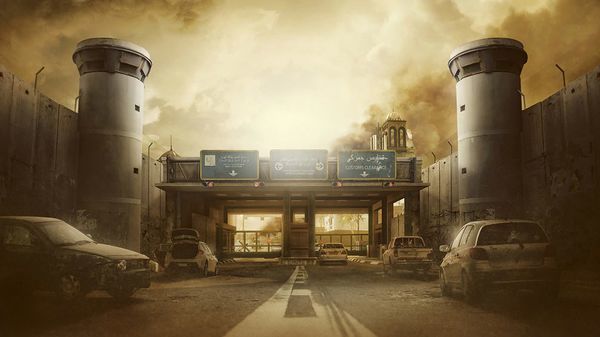 Vertical play is one of the aspects of Rainbow Six Siege that makes it unique to all other shooters.

In other games, issues of verticality are often relegated to one map or one area of one map. Take VALORANT’s Split and CS:GO’s Vertigo for example. Both contain varying levels of height that are somewhat unique from other maps in their pools, but the verticality isn’t in every single map and isn’t a defining feature.

In Rainbow Six, you won’t get far without playing vertically. Understanding the maps and where each of the powerful positions are vulnerable is key to both defending and attacking.

The difference is in the map design. Most R6 players know about the game’s destructibility and how it extends to soft and hard walls. What many players don’t take into account is that this mechanic extends to the floors and ceilings as well. Are you having trouble breaching a bombsite? Is a pesky anchor denying your entry? Go above or below them and drive them out using an angle they aren’t prepared for.

The best operators for this on attack are any of them that have soft destruction capabilities—but, realistically, anyone will do. Buck, Sledge, Zofia, Ash, and any operator with breaching charges as a secondary gadget would be great at vertical play. On defense, you can set up cheeky angles with either impact grenades or shotguns.

Let’s look at an example on a popular bombsite on a ranked map, Border. You’re looking to clear out the Armory room to plant the bomb when attacking the Armory/Archives bombsite. There’s an anchor sitting behind the half wall, just waiting for you to run in and kill you.

If you’re Buck, you can head to the Ventilation room and use your Skeleton Key to force him out of his strong position.

By using this angle from Vents into Armory, you can push the defender out of their strong position.

Vents is also a bombsite (Vents and Workshop). The inverse of this angle is applicable, too. If you take the Armory and plant the bomb in Vents close to the window, the defenders will have a hard time retaking their site.

This is only one example. There are dozens of examples of vertical play per map. It takes map knowledge and a little creative thinking to find them all.

If you’re looking to elevate your gameplay, one of the first things you should consider is studying vertical play. It helps your own stats by getting kills with cheeky angles and also helps your team push by making the other squad uncomfortable.

Pressure is everything in Rainbow Six and you want to make sure you’re applying your fair share and not playing passively.