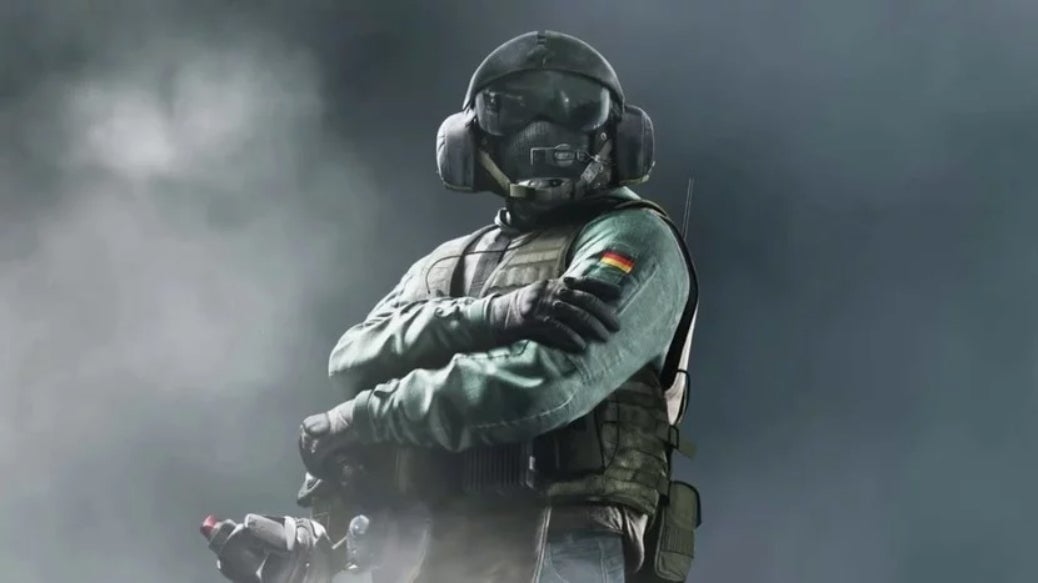 So you want to learn how to play the most impactful Rainbow Six Siege defender, Jager?

Jager is now a two-two operator—two armor, two speed—and has somewhat less fragging power than when he was in his three speed, one armor phase. His utility, the Active Defense System, is far and away the best and most meta-defining defender gadget in the game.

Here’s how to play the GSG-9’s strongest defenders.

You should play the 416-C. It’s not a debate. If you play the M870, you’re trolling. The 416-C is one of the best defender guns in the game and arguably second only to the ALDA 5.56. It has a solid rate of fire, hits like a truck, and has easy to control recoil.

We recommend the flash hider on the 416-C, but the muzzle is really up for debate. The attachments you put on the gun won’t matter too much for the range you’ll be taking fights with as Jager.

The Automatic Defense System (ADS) is the most essential gadget in the current meta of Rainbow Six. The gadget’s function is to delete thrown or shot explosives, like frag grenades or Zofia’s Lifeline-fired impact grenades. They’re used to protect power positions on the map or to defend the all-important deployable shields and other bulletproof gadgets.

As Jager, you should be playing aggressively. He’s no longer the speed demon he was when he was a three-speed operator and his 416-C has seen some nerfs over the seasons, but he’s still one of the better aggressive operators.

You should be attempting to place your ADS gadgets early in the prep phase, help with the rest of the setup, then zoom off to your off-site position. It doesn’t have to be a spawn peek and it definitely shouldn’t be proning in a corner across the map, baiting your team, but you should be off-site at the beginning of the round.

Jager is strong on every single map. Unless he’s banned, you’re intentionally trolling, or have another specific setup, you should be taking Jager. He’s particularly strong in defensive lineups with a lot of bulletproof utility and doubly strong when stacked with Wamai. Just don’t forget to place your ADS gadgets in a place where they can zap the explosives out of the air before they get to your position or your team’s gadgets.

The current meta of Rainbow Six is pretty simple: get as many of the deployable shields and other bulletproof gadgets as you can and force the attackers to run tons of flashbangs and other explosives to “clear” your utility. Jager protects those shields and gadgets, doubly so when paired with Wamai. When played correctly, the shields function as small “Black Mirrors” and can hold certain positions for tons of time. Just remember to put down your gadgets in the right place and you’re ready to do just about anything as Jager.