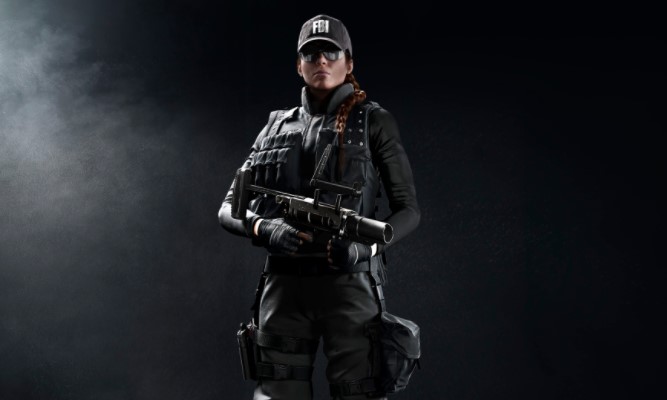 Aside from Sledge, Ash is Rainbow Six Siege‘s most iconic operator. Her stellar primary weapon choices have made her a popular pick across the world, but top-tier players will know how to get the most out of her kit.

While the R4-C is a better gun than the G36C, there’s a time and a place for both, and no, this doesn’t hinge on access to an ACOG sight. The difference is in the angled grip, available on the G36C but not on the R4-C. The G36C has a 2.0X, which can help with targets at at distance, but when you’re playing Ash you’re likely to be getting in the face of the enemy. The quicker ADS time can mean the difference between life and death at close range, scope magnification aside.

Ash’s Breaching Rounds are insanely useful. They act as impact grenades and can be used vertically as well. Beginner Ash players will simply use them to open soft walls for lines of sight, while expert Ash players will use them to destroy utility or push anchor players out of powerful positions. Currently, they’re widely used in professional play on the powerful deployable shields, but with the Operation Neon Dawn updates, prepare to see some changes to the way Ash is played.

Specifically, Ash is losing her flashbang grenades, and gaining a claymore. Come early December (the rumored drop date for Neon Dawn), she’ll no longer be able to clear “catcher” gadgets by herself. Thankfully, with the changes to catcher operators in Neon Dawn, teamwork will be easier and powerful defender positions will be easier to destroy.

With Ash, you’re the tip of the spear. You should attempt to be the first one in the building and to take the first engagement. This isn’t an admonishment to head straight to the bomb site and play dumb, however.

Ash’s kit is specifically designed for gunfights. No matter what, if you aren’t playing aggressively, you’re playing Ash wrong. In Neon Dawn her breaching rounds will matter even less than before, freeing her from explicitly utilitarian purposes. Ask a teammate to drone you in, and then follow that drone.

Again, clicking on Ash in the operator selection phase isn’t a license to not play as a team. A good team will utilize the picks a good Ash can create to win a round, and a good entry player can have massive impact. You have to be smart with your entry points, but map control is the name of the game. The defuser can’t be planted if the entire offense is rappelled or outside the building for two and a half minutes.