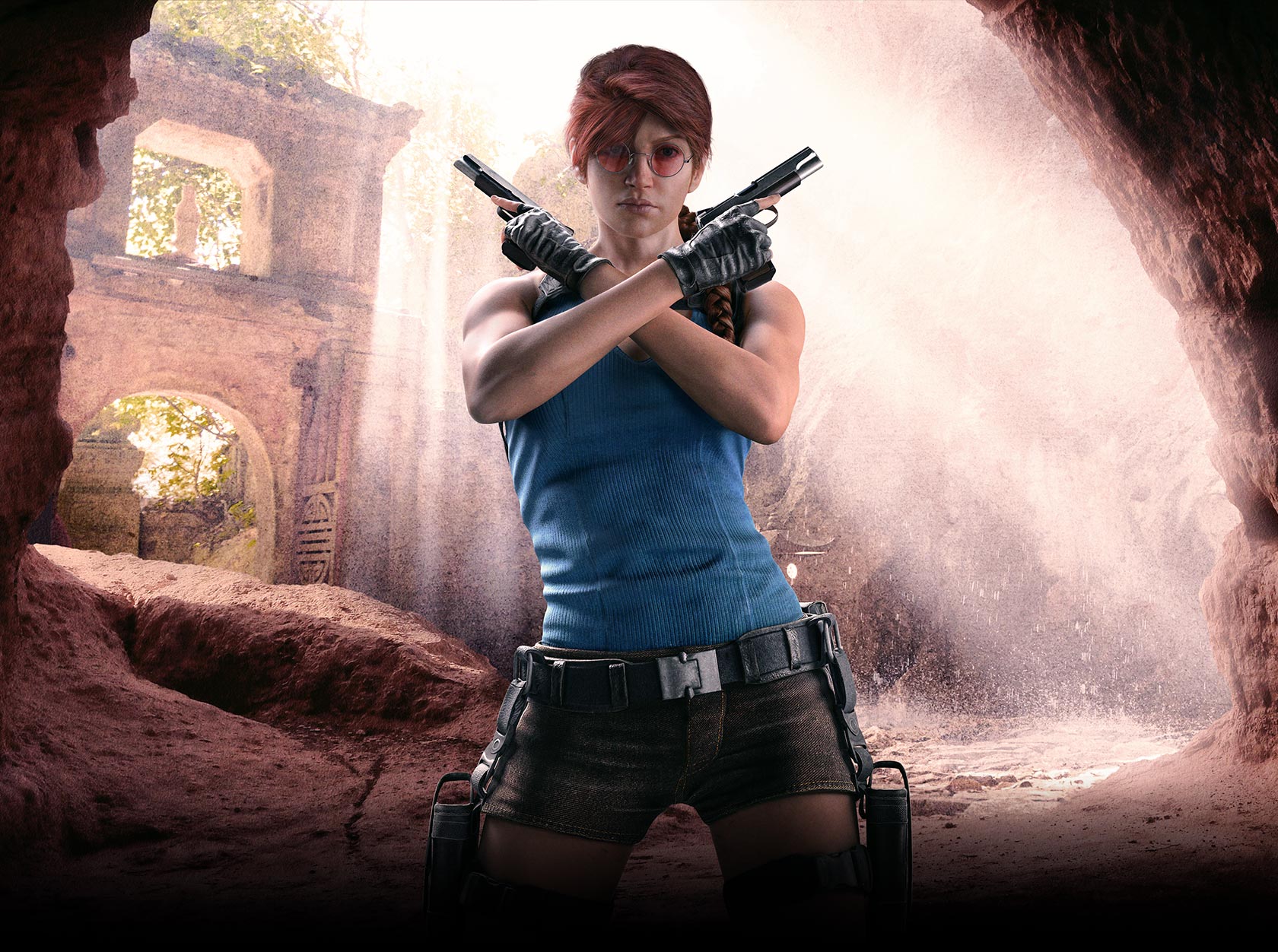 Lara Croft is one of the most recognizable video game protagonists in history. She’s also moved into the silver screen and was played by actresses such as Angelina Jolie and Alicia Vikander. And now, a tribute to the character is coming to Rainbow Six Siege.

Ash’s next Elite skin is styled after Lara Croft and dresses the operator in classic Tomb Raider style. The cosmetic gives Ash a blue tank top, shorts, round red glasses, and two pistol holsters on her thighs. Last, but definitely not least, Ashe also wears her hair in Lara Croft’s trademark ponytail.

The Lara Croft skin isn’t the only part of the kit. Elite sets contain a myriad of skins for each operator’s weapons and unique gadgets. According to Ubisoft’s official website, Ash’s set will contain the Tomb Raider uniform and headgear, a new victory animation, a skin for her Breaching Rounds, a weapon visual for each armament in her loadout, and a gun charm.

This isn’t Ash’s first Elite set. The operator received the Sidewinder set in 2018 alongside the Outbreak limited-time event and was gifted for free to players after a controversy surrounding the event’s item packs, Siege’s take on loot boxes.

How to Get the Lara Croft Elite Set

Getting the full set is as simple as shelling out the cash for it. Elite sets cost 1,800 Rainbow Six Credits, which amounts to approximately $15, and Ash’s isn’t likely to be an exception. Players can purchase credits through the in-game store or through UPlay.

Although the next characters just made their way to the Test Server, developers haven’t published an official release date. Ubisoft’s website says that the set “will be available soon after the launch of Operation Void Edge.”

Operations usually spend approximately three weeks on the Test Server before making their way to the live game. This would place Void Edge’s debut in early-to-mid March, and the Lara Croft elite set could come in mid-to-late March. In the meantime, all players can do is wait to play as the Tomb Raider heroine.