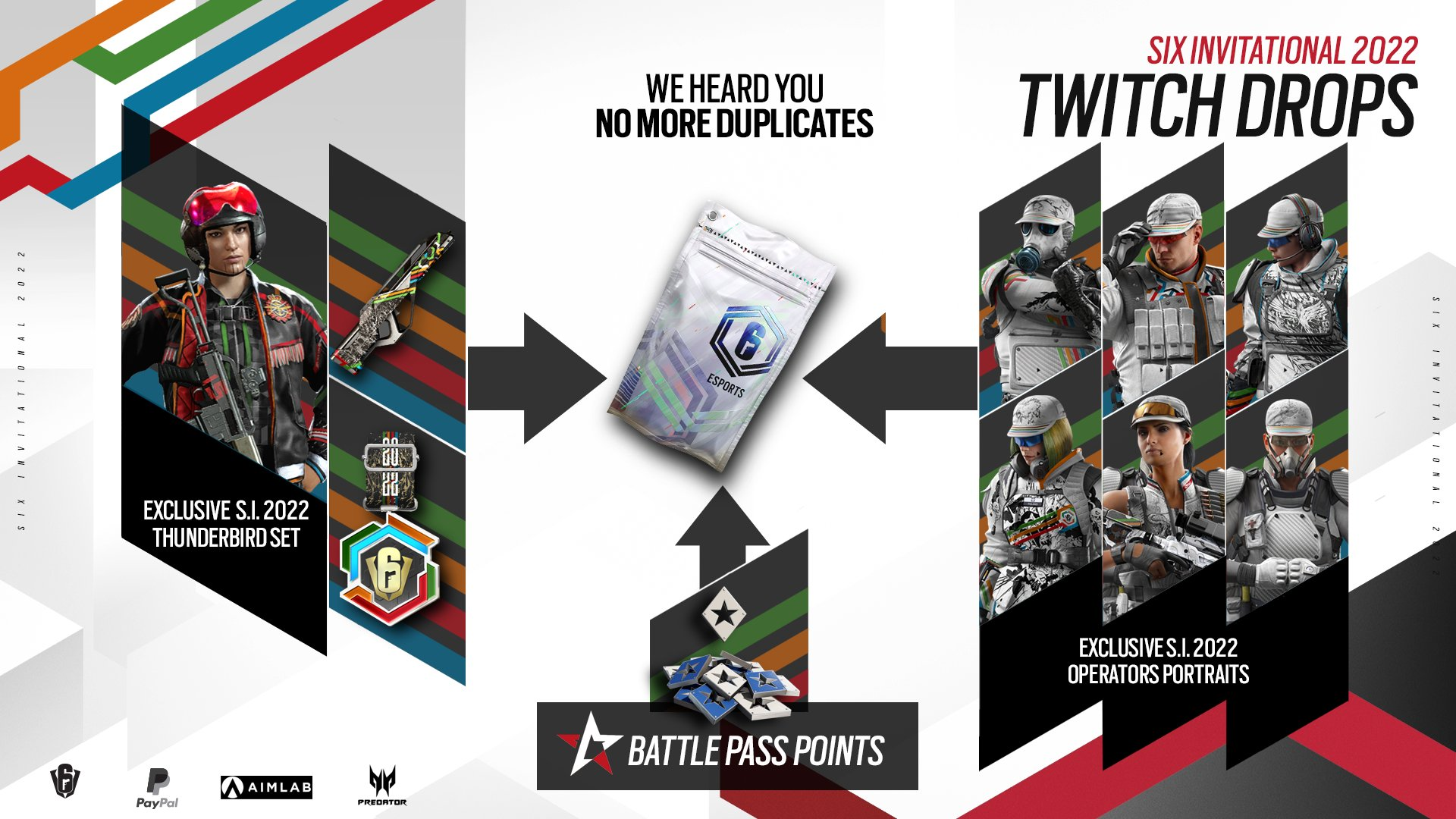 The biggest Rainbow Six Siege event of the year is right around the corner. The Six Invitational 2022 is set to kick off from Stockholm, Sweden on Feb. 8. For the next two weeks, 20 of the best Siege teams from around the world will compete in a round-robin group stage to determine seeding for the double-elimination playoff bracket.

The players will be competing for the right to be Siege‘s next world champion, as well as the lion’s share of a large prize pool. But viewers can get in on earning rewards as well with the return of the SI Twitch drops.

Viewers will be able to earn several Esports Packs just by watching the event. The packs are significantly improved from previous years, with the possibility of duplicate items removed and the inclusion of battle pass points as a potential reward.

Here’s how you can get those drops yourself.

How to earn Twitch drops during SI 2022

Tune into the matches via the official Rainbow6 Twitch channels and manually claim your drops once they arrive in your inventory on Twitch. Viewers can earn a maximum of 18 Esports Packs just from watching matches. The official Ubisoft page lists the amount of time needed to earn packs, but the time required and the maximum number people can earn per day change with each stage.

Viewers can also earn additional drops by watching selected content creators both before and during SI 2022. There’s even a bonus charm that drops if you watch the Siege esports roadmap panel on Feb. 20.

Here’s a list of potential rewards you can get from an Esports Pack.