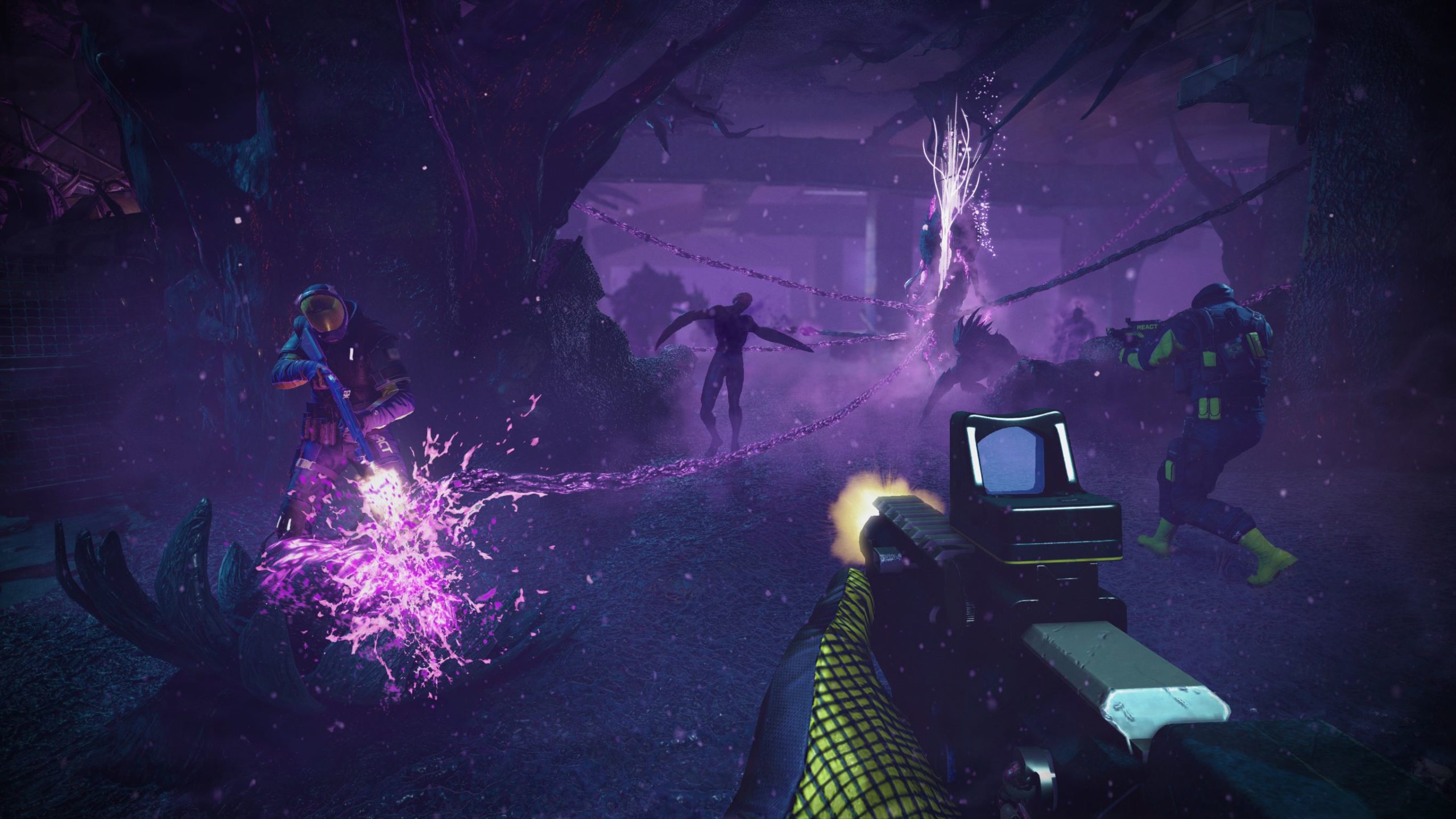 The new Rainbow Six Extraction Fog Crisis Event is an exciting and challenging new limited-time event that introduces new deadly mechanics and features. Players must venture into the toxic fog to destroy a Toxic Tree, managing the new Neurotoxin level along the way.

Allowing your Neurotoxin level to get too high can be deadly. You’ll start seeing hallucinations, having issues with your FOV, and eventually losing health. Understanding how Neurotoxin works in Rainbow Six Extraction is critical if you want to succeed in the new Crisis event.

The Nightmare Fog Crisis Event adds a new Neurotoxin level, which players must control and track if they want to survive. Traveling through the purple fog slowly increases each player’s Neurotoxin level, introducing new effects after meeting certain thresholds.

There are three Neurotoxin level states that add increasingly detrimental effects. When a player’s Neurotoxin level reaches 30 percent, they’ll start experiencing visual and auditory hallucinations. There are four types of hallucinations that might appear: Sleepers, Rushers, Flickerers, and Vanishers. Sleepers are static enemies in an idle pose, while Rushers are enemies that appear to charge toward the player. Flickerers are also stationary enemies, although they spawn and despawn. Vanishers are the final type of hallucination, which spawn outside of a player’s field of view and vanish when they enter it.

The final Neurotoxin Level state, Deterioration, occurs at 100 percent Neurotoxin level. This final stage introduces deteriorating screen edges and gradual HP drain, causing players to lose three points of health every five seconds. The HP drain stops if you hit one HP, but it will start again if you heal without lowering your Neurotoxin level.

All three Neurotoxin Level states are debilitating and can significantly increase the difficulty of completing objectives and areas. Players shouldn’t stay in the fog for too long to avoid exposure and should keep track of safe areas.

The Neurotoxin Level only increases while inside the fog, meaning you can stay inside safe areas and airlocks to avoid and use equipment to avoid venturing into the poisonous areas. Drones are an excellent way to scout ahead and find objectives without mindlessly searching as your level rises. Make sure your team uses drones effectively to ensure a successful run.

Players can also lower their Neurotoxin level with Neurostim supply cases. These essential refill stations lower Neurotoxin levels by 35 percent with each use. They can be found in safe areas and airlocks, meaning you can periodically lower your Neurotoxin levels. But make sure you use them efficiently by giving them to teammates in need to avoid losing a player along the way.