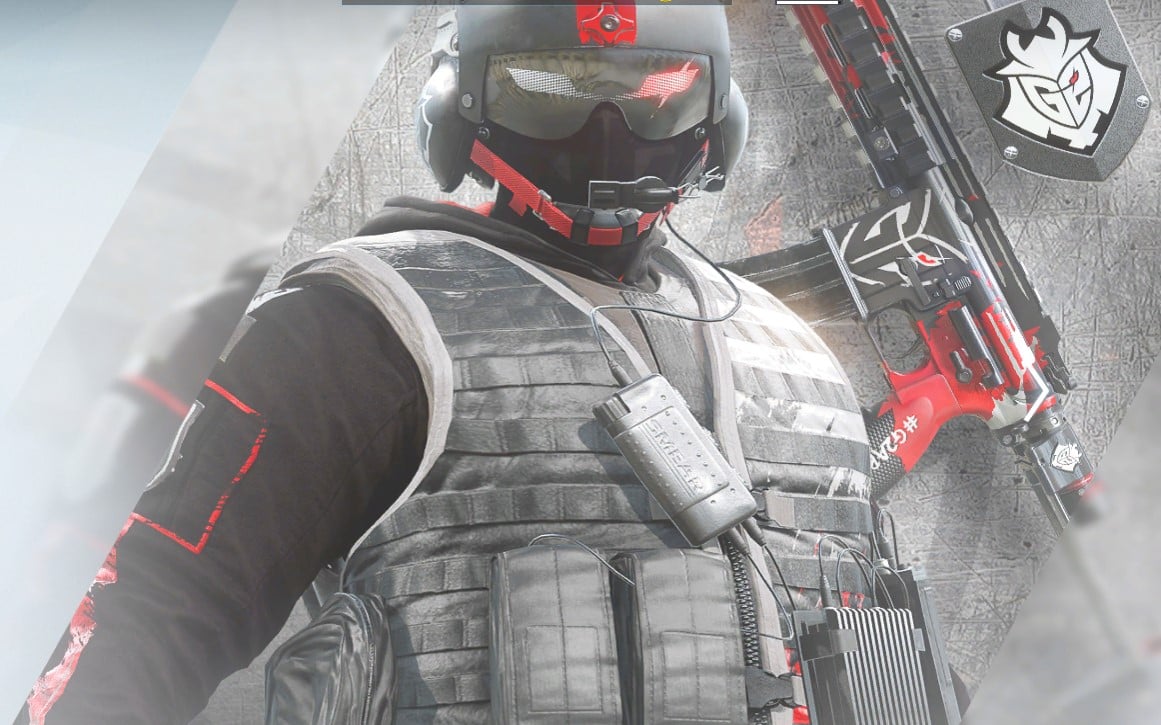 Here are all of the R6 Share skins that are now available in the game.

Fnatic’s APAC roster gets their orange and black skin on one of Rainbow Six‘s newest operators, Iana. In addition to the skin, a Fnatic G36C skin is purchasable.

Goyo got a red and black makeover in his first R6 Share appearance. In addition to the skin, there’s a slick white, red, and black skin for his TCSG-12 slug shotgun.

One of the EU region’s mainstays got a skin for one of competitive play’s strongest operators, Valkyrie. A popular choice for aggressive players everywhere, Valkyrie has a new yellow and black look to go with a zig-zagging yellow and black skin for her MPX.

Zofia got a slick TSM rework—and the black, white, and red skin will undoubtedly be one of the top sellers. There are “unconfirmed reports” that if you wear the TSM Zofia skin, your lean spam becomes quicker and your shots become like those of North American superstar Jason “Beaulo” Doty.

Rainbow Six‘s “Lord” is getting a slick blue and orange look ahead of his eventual rework. According to British star Leon “LeonGids” Giddens, the skin comes with his patented “get in the bin” line. Dot Esports was unable to confirm this. We can, however, confirm that the Rogue Tachanka bundle doesn’t come with a weapon skin.

If you like red and black and mowing your enemies down, G2 Jager is right for you. The most popular team in the world, and at one point the most dominant, has yet another skin in the game. Previously, there’s been a G2 Sledge and G2 skins for the SMG-11 and Vigil’s K1A.

If you’re a fan of North America’s Invitational-winning Spacestation Gaming roster, you’re in luck: There’s an Ela skin for you. She’s decked out in the patented Spacestation black and yellow, and her SMG has a grid style to the skin.

Liquid merchandise returns to the shop as well with an all-new look for Sledge, possible Rainbow Six‘s most iconic operator. There’s a new blue chrome look for his L85 weapon, too.

Wait, is this a short joke? Na’Vi’s entry fragger Jack “Doki” Robertson is infamously extremely short and Mozzie is extremely short in the game as well. Regardless of intent, the Na’Vi look is great on the Australian operator, with a skin for the newly-revamped P10 Roni to boot.