ForZe continue to cause upsets at Raleigh Major

ForZe are now one of the most dangerous teams in Raleigh. 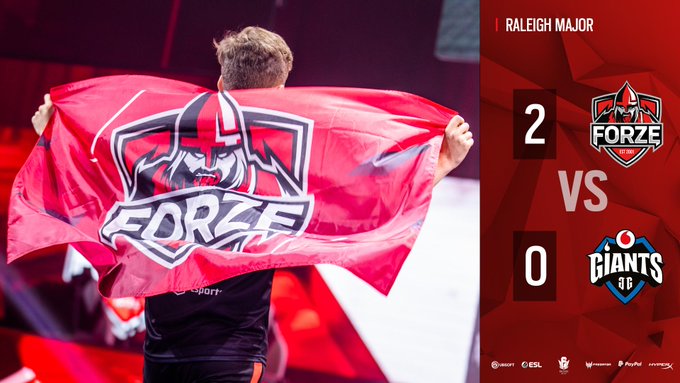 ForZe have once again upset the balance at the Six Major Raleigh. The Russian Challenger League team destroyed Vodafone Giants 2-0 in the first matchup of the quarterfinals today.

The “Russian Machine 2.0” came out of nowhere to take down Latin American powerhouse FaZe in the group stage and now Vodafone Giants in the quarterfinals. The fact that ForZe are beating some of the top-ranked teams from the most competitive divisions in R6 esports makes them a surprisingly serious threat to all other squads at the Raleigh Major.

Although forZe came into the tournament completely under the radar, they’ve been causing some massive waves. Seemingly nobody knows what they’re doing when they’re up against forZe—that much was evident in the Giants matchup. Giants were already in a rough spot entering map two and failed to do anything meaningful in the first six rounds of their time on Border. ForZe had Giants on the ropes throughout the entire best-of-three, resulting in a massive blowout.

Giants are the second-ranked team in the European Pro League division, so this win seems to foreshadow what season 11 of the R6 Pro League might look like if forZe battle through the Challenger League. There’s no way a rookie Challenger League team does this well at an international LAN and fails to make it into the Pro League.

There are only three days left at the Six Major Raleigh and it looks like anyone’s game at this point. Fans can catch the official broadcast here.