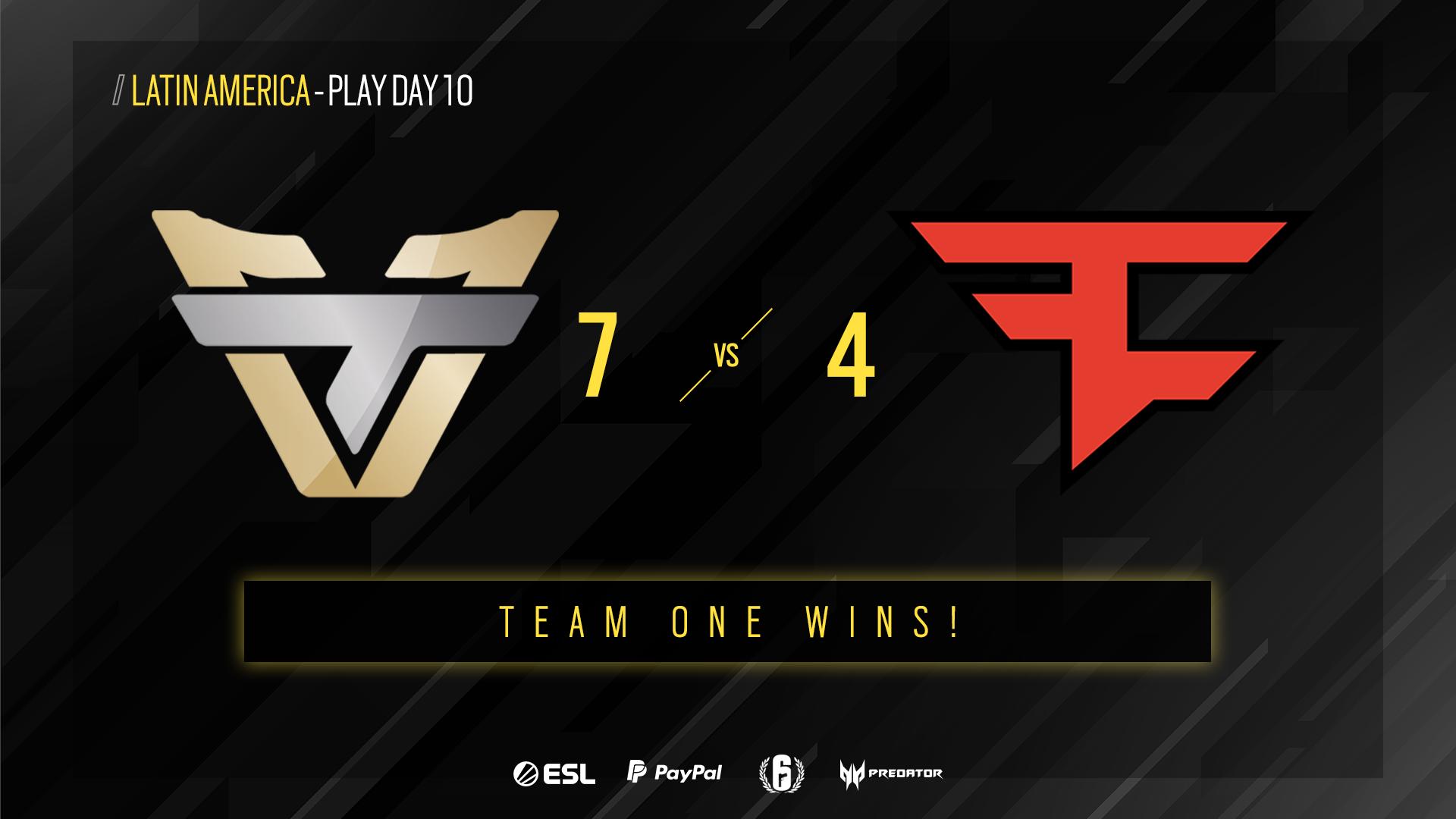 FaZe have been one of the top teams in the Latin American division since the second half of season nine. The LATAM favorites made it to the Milan Finals and have since held a strong standing in the R6 Pro League.

FaZe’s reputation is what makes today’s loss to Team oNe more surprising. Given the hot-and-cold nature of Team oNe’s Pro League performance, this matchup should have easily served as a bust for Team oNe, who are now in third place in the division.

With NiP still holding the top spot at 26 points, FaZe are in quite a predicament. FaZe’s upcoming matches involve clashing with MIBR, who drew NiP earlier today, then facing Black Dragons, who impressively took down INTZ, and NiP. The road ahead isn’t easy for FaZe if these teams continue to upset the balance. Team oNe, while talented, are inexperienced, which is something that FaZe should’ve capitalized on.

Following today’s defeat, FaZe are four points away from being overtaken by Team oNe. There are only four matchdays left in the regular season and every point counts.

The region is highly volatile and vulnerable to late-season upsets in the standings. FaZe’s loss today and NiP drawing MIBR could signal weakness and fans should expect that the rest of the LATAM division is ready to exploit those weak points.

Heading into matchday 11, FaZe will look to prevent Black Dragons from playing spoiler to their Japan Finals dreams. If FaZe can’t get the job done during the next matchday, then it could spell disaster for the team as far as making the finals is concerned.