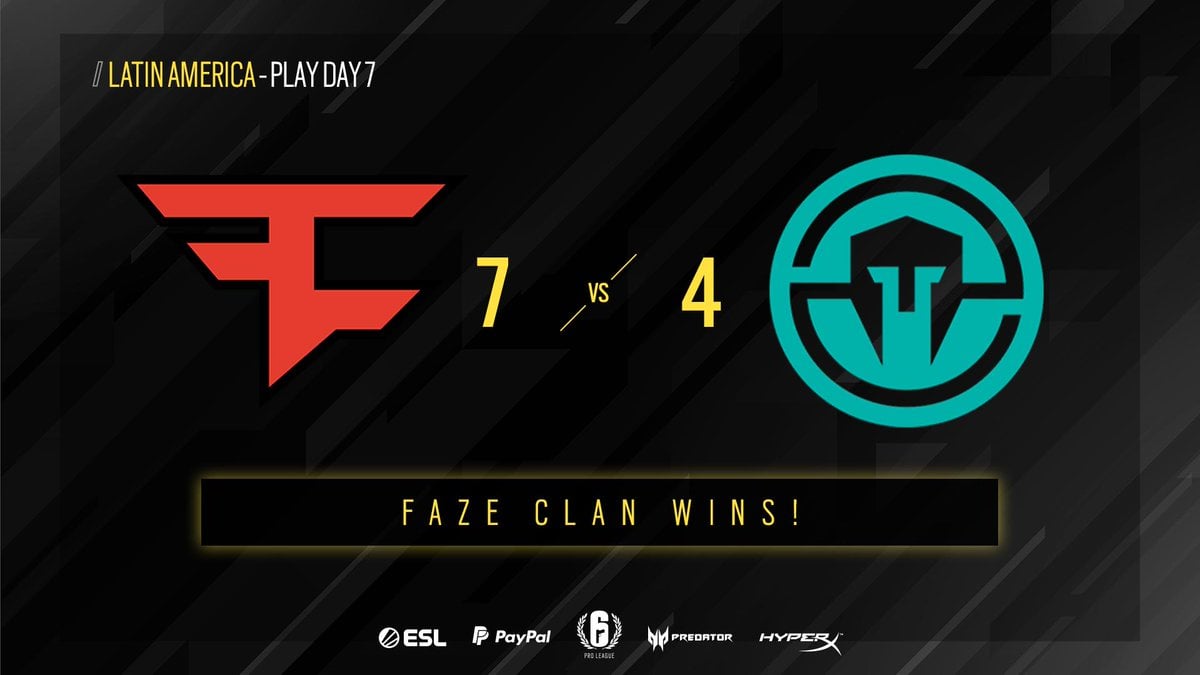 After NiP demolished INTZ, FaZe looked to set up a comeback in the second half of season 10 of the Rainbow Six Pro League LATAM division. Immortals have been performing rather poorly this season and FaZe have proven to be a consistently strong team leading into the halfway point of the regular season.

Immortals picked up two rounds back-to-back in the first half and while the first one looked like a bit of luck, the second was definitely more convincing. As both broadcasters Devin “mzo” Becker and Ghassan “Milosh” Finge noted, Immortals looked ready for a fair amount of overconfidence on FaZe’s end and was prepared to punish that false sense of security.

FaZe had seemingly learned their lesson and cut Immortals streak short by taking away information and not peeking everything prematurely. Last matchday, Immortals allowed the bottom-ranked ReD DevilS their first point of the season and now they’ve somehow proved that they can still dole out a bit of punishment to one of the best teams in the division. It’s a befuddling dynamic, to say the least.

FaZe played for time in round six to tie up 3-3 at the half, which isn’t necessarily favorable for either team. Kudos to Immortals for looking far more dangerous against FaZe than they have in any other matchup this season. Even with FaZe barely pulling ahead at 5-4, Immortals looked stronger than any other point in season 10. So far, the seventh-ranked Immortals have seen draw after draw with only one other convincing performance against Team Liquid.

FaZe found match point at 6-4 but due to the weak state Immortals have been in, the second-ranked squad still looked extremely off this week. Even with FaZe edging out Immortals 7-4, this matchup should have been more akin to the 7-1 NiP victory earlier in the day.

Today’s win was crucial for FaZe to maintain a strong position through the second half of season 10. With NiP at 19 points and FaZe at 17 points, the top squads continue to distance themselves from the rest of the pack. Without the win over Immortals, NiP would essentially have free reign over the Latin American division and while that wouldn’t necessarily be a “bad” thing, it certainly wouldn’t create the most engaging dynamic in the late regular season.