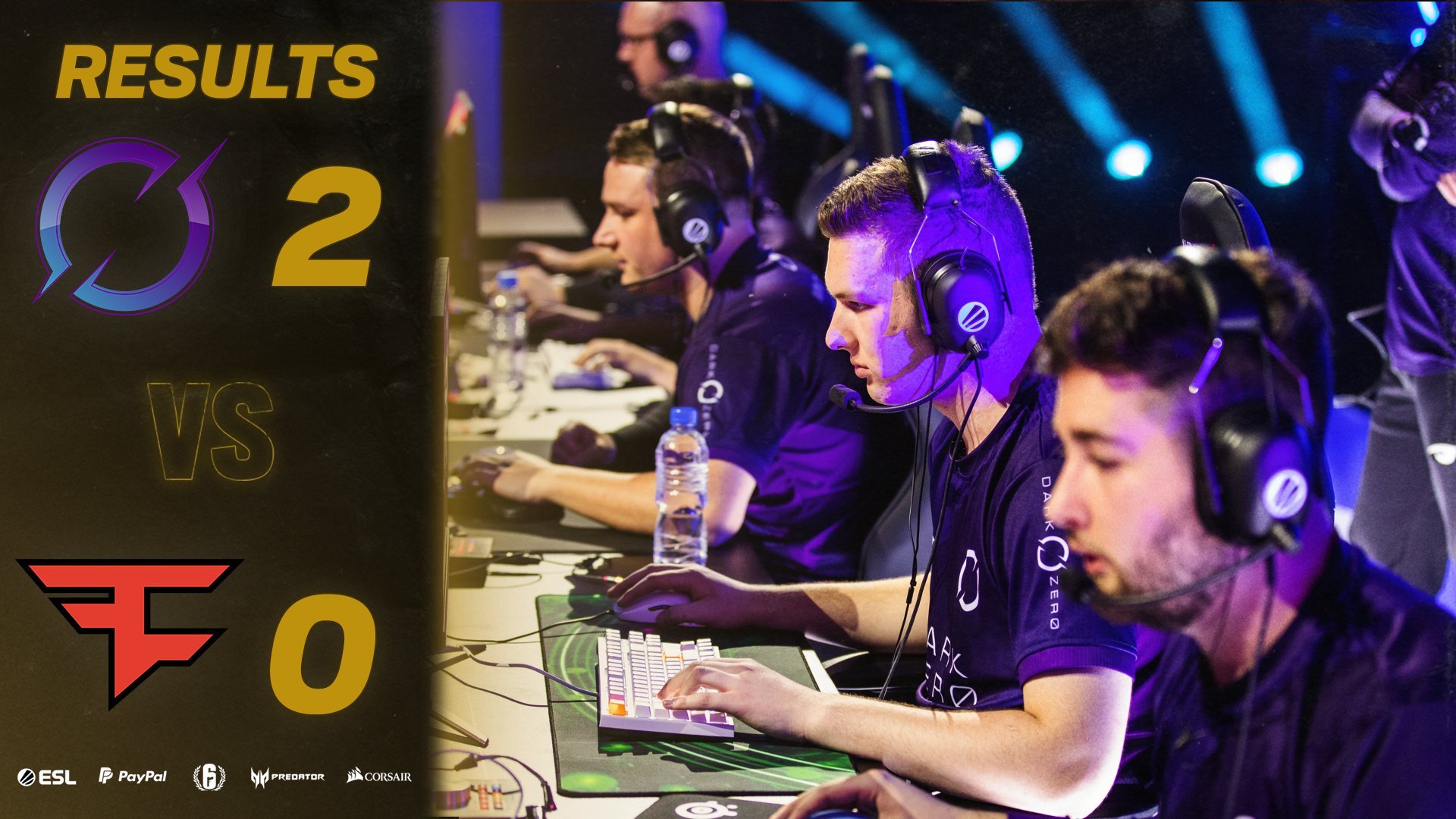 Despite playing with a sub, FaZe Clan had a solid showing in their quarterfinals matchup with DarkZero Esports during the Rainbow Six Pro League Finals.

DarkZero was heavily predicted to win out against FaZe following the latter’s visa issues in the run-up to the Japan Finals. After a mixup allegedly involving ESL officials, FaZe’s Ronaldo “ion” Osawa was denied a visa to travel to Japan for the finals. With just a week before the team was set to travel, FaZe scrambled to find a substitute. Despite having a narrow window of time to practice with the FaZe roster, Nino “ninexT” Pavolini put in a decent amount of work for FaZe.

Visa issues aside, DarkZero looked continuously dangerous for the majority of their matchup with FaZe. In a few instances, however, the North American reps showed signs of weakness and lost their momentum on both Consulate and Bank. Even when the squad was seemingly backed into a corner, DarkZero managed to pull it together with clutches coming out of the woodwork from almost the entire roster.

Matthew ”Hotancold” Stevens slammed down an impressive Maestro clutch in round six of Bank to continue the momentum for his team. The one-vs-three scenario was handled with a manic mix of Evil Eye and Alda madness

Every member of DarkZero seemed to have their own play of the game and each play served as a convincing show of force against one of the best teams Latin America has to offer. Paul “Hyper” Kontopanagiotis also proved consistently lethal as he normally did during the regular season of season 10.

Fans of the Rainbow Six Pro League are undoubtedly familiar with the long-running joke of North America not winning anything. TSM pulled out a big win at DreamHack Montreal and DarkZero look primed to take it all at the Tokoname Japan Finals if tonight’s showing is any indication.

With the quarterfinals done and dusted, fans can look forward to another day of top-tier gameplay as the semifinals and grand final round out the Pro League’s time in Japan. Fans can catch the official broadcast here.