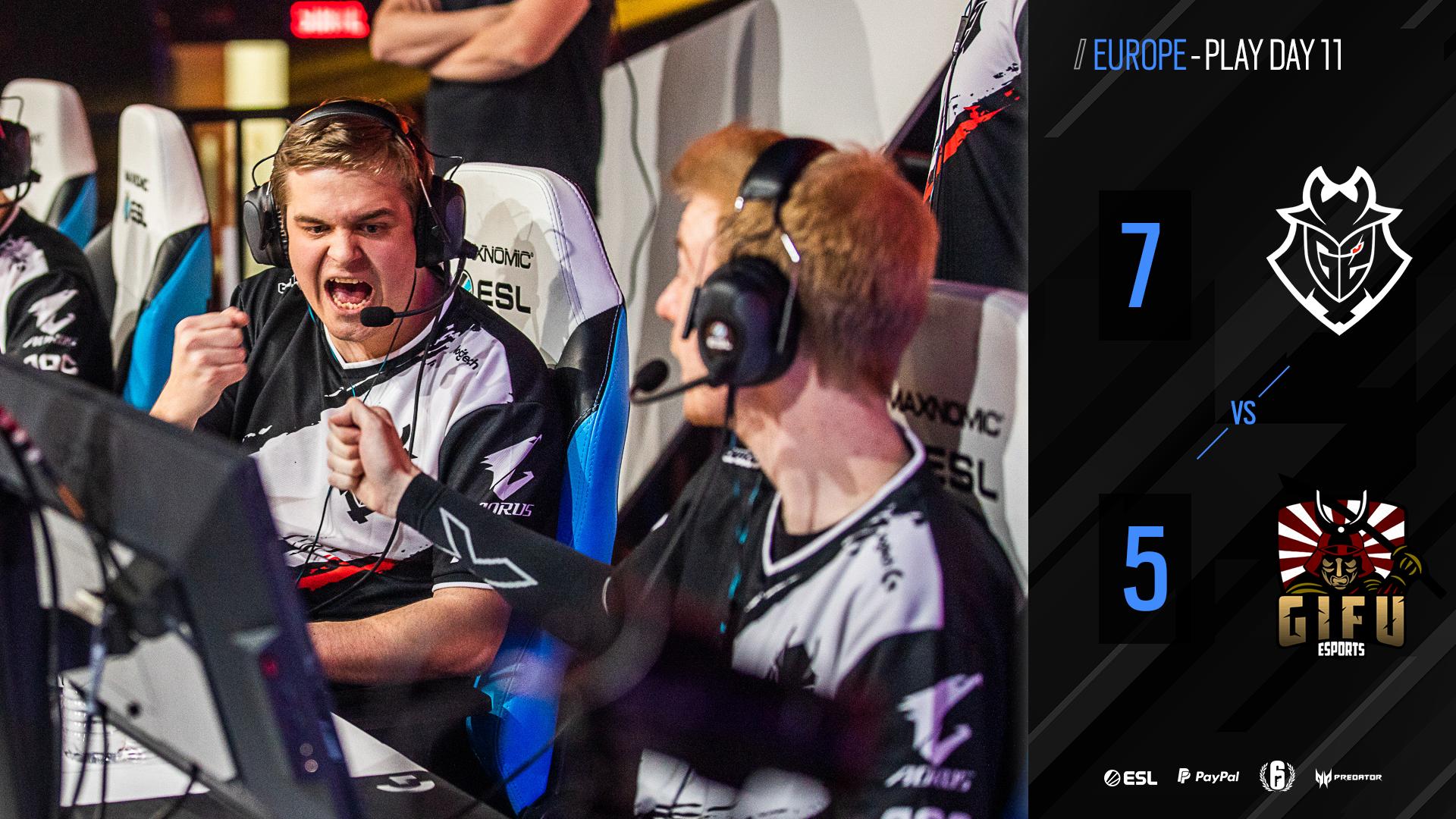 After a rough first half of season 10 of the Rainbow Six Pro League, G2 Esports—and especially Fabian Hällsten—are set on making it to the Japan Finals.

G2 narrowly won out over GiFu 7-5 today after a massive clutch by Fabian. Without Fabian’s clutch on match point, G2 would’ve been denied two crucial points leading up to the Japan Finals.

G2 have been the subject of much criticism over the past season of the Pro League. The squad faced some backlash over the pickup of Aleksi “UUNO” Työppönen after dropping staple player Joonas “jNSzki” Savolainen. Following the roster move, the squad continued to show signs of wear and tear, causing the community to wonder about the sluggish-looking G2.

The return of season 10 of the Rainbow Six Pro League, however, has shown fans a rejuvenated G2 that have gone from a middle of the pack team to a strong contender for the Japan Finals. And Fabian wasn’t going to let that chance slip away in today’s matchup with GiFu.

G2 looked to have a soft matchup against the bottom-ranked GiFu but the latter outdid themselves and kept in step with G2 the whole match. Going round for round, GiFu didn’t hand G2 the win by any means. Instead, Ville “SHA77E” Palola continuously butchered the G2 roster. From a 4K to posting top frags for GiFu, SHA77E caused a ruckus throughout the entire matchup. But it was all for naught.

Teams found themselves on match point with the defuser planted by GiFu’s Aleksi “Movetaho” Kuoppa. Despite having the man advantage, GiFu allowed Fabian to clutch a one-vs-two situation to secure the win for G2. A draw in today’s matchup for G2 would’ve stifled their dream of going to the Japan Finals and Fabian pulled out all the stops to get the clutch without any viable intel. While UUNO led G2 in frags with 12, it ultimately fell on Fabian to secure the win for his squad—and that’s exactly what he did.

Fabian’s clutch grabbed G2 the narrow win, allowing them to overtake Team Empire in the standings. All that’s left is to see if Empire can win out in their matchup with Team Vitality today.

The second half of season 10 of the Pro League has seen a massive shakeup in the standings across every division. The closing few matchdays are sure to provide high-stakes games and some upsets along the way. For now, G2 fans can rest assured that their favorite team are still one of the strongest squads in Rainbow Six esports.