That’s one way to kick off a season or Pro League. 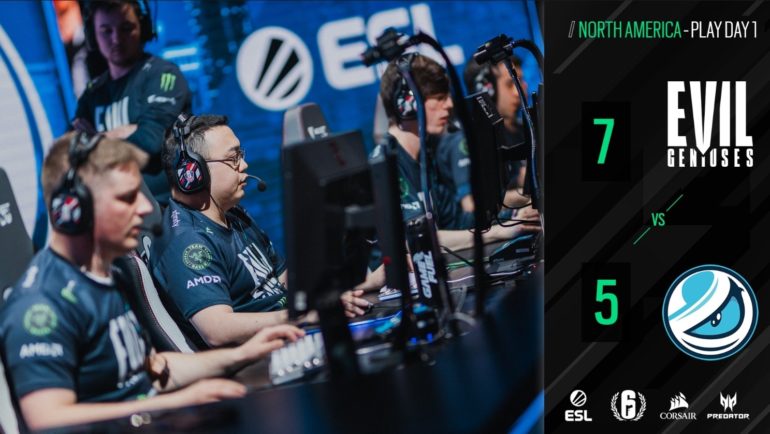 The North American division of the Rainbow Six Pro League returned this evening with a bit of an odd match between Luminosity Gaming and Evil Geniuses.

Both squads underwent some large roster moves during the offseason and this matchup looked to be one of the more interesting ones of the evening considering those moves. While it was encouraging to see Spencer “Slashug” Oliver ace out a round in his first Pro League match with Luminosity, Evil Geniuses coach-turned-player Aaron “Gotcha” Chung stole the show with a comical oversight.

Luminosity put up a great first half on defense and it looked as if both teams would end up leaving points on the table with an evenly matched draw. This wasn’t the case and EG bounced back on their defensive turn. While EG’s Gotcha led the board at the end of the day, he did singlehandedly drop an easily winnable defensive round in an objectively goofy way.

Gotcha’s approach to Piano on Consulate made it seem as if he were riding in on a white horse to save the day and he came close to being the savior his team needed. Unfortunately, Gotcha completely missed the Jackal planting the defuser in plain sight right in front of him.

This type of mistake may have garnered far more criticism from broadcasters if EG hadn’t pulled out the win or if they forced a draw instead. Since the team won 7-5, Gotcha’s oversight added a bit of levity to the opening matchup of the North American division. Some fans seemed to think Gotcha was trolling given the fact that he allowed a plant to go down right in front of him during a Pro League match.

For an added dose of laughs, Ghassan “Milosh” Finge pointed out that Gotcha was also wearing Pulse’s blindfolded skin when he failed to see the Jackal. Even after a comedically botched round, EG pulled out the win to secure some early footing at the onset of season 11.

Both Luminosity and EG appear to have some adjustments to make but for the time being, it looks like both rosters are adjusting well to the moves made in the offseason. Fans can catch these squads again Wednesday, Jan. 8 for matchday two of the North American division of the Pro League. The official broadcast can be found here.