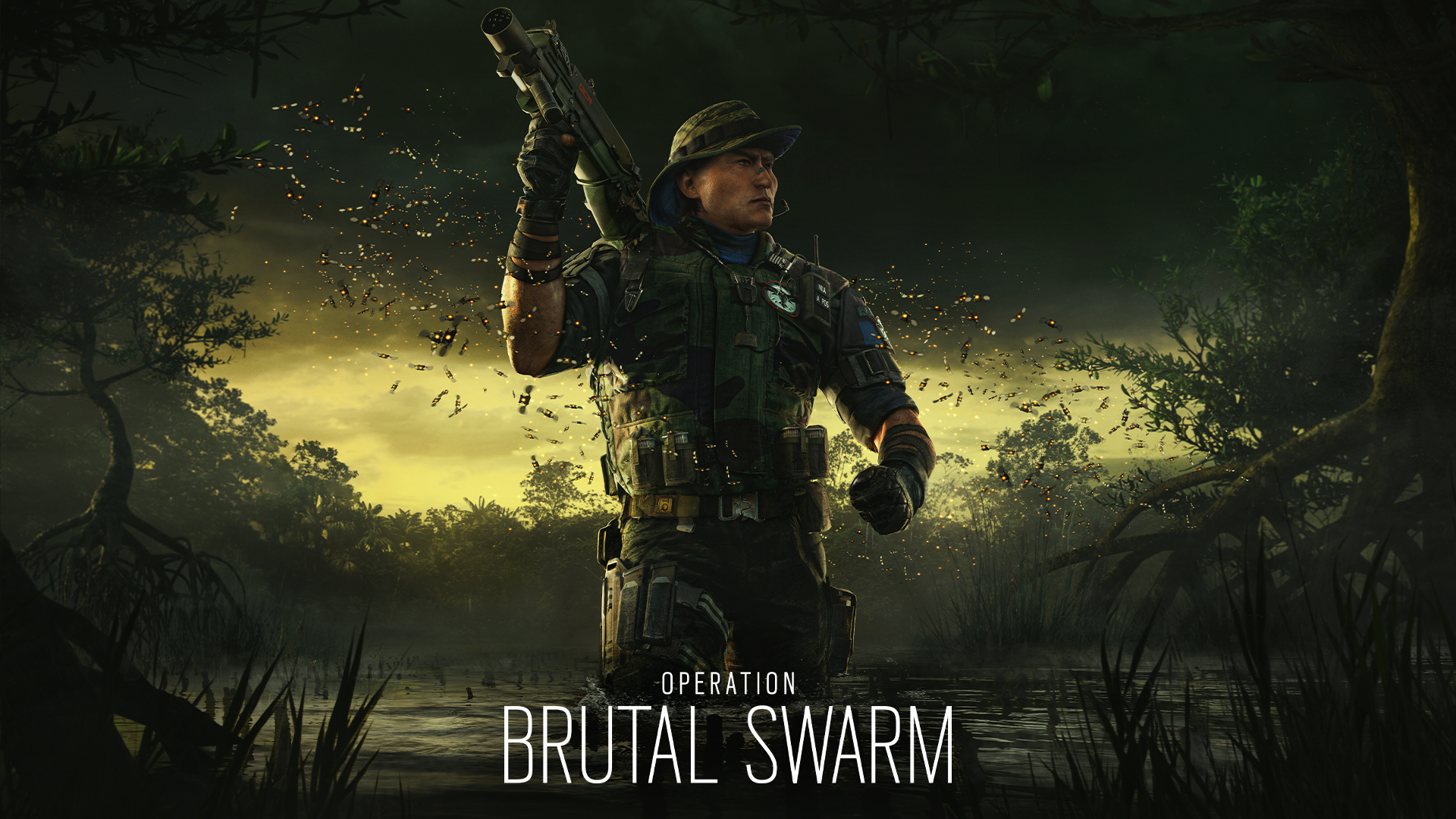 It’s time for another new season in Rainbow Six Siege, and Year Seven, season three is no exception with the release of Operation Brutal Swarm. Brutal Swarm is the perfect description for the primary gadget used by the newest operator, and new features have been added to fight back the “brutal swarm” of cheaters and griefers that can sometimes plague the game.

That’s not all, there’s also a new equippable gadget, a popular map getting added to the competitive pool, a new recoil system, and other quality-of-life improvements.

Here’s a comprehensive look at all the new additions coming to R6 Siege during Y7S3, Operation Brutal Swarm.

The brutal and effective Nighthaven operator, Agent Charlie Tho “Grim” Keng Boon, joins the attacking side this season. His primary gadget is the Kawan Hive Launcher, a handheld launcher that fires a canister releasing a bee-like swarm of small mechanical bots. These “bees” will reveal defenders that pass through the swarm, pinging them to Grim’s entire team.

Grim can use the 552 Commando rifle or the SG-CQB shotgun as a primary weapon, with the P229 pistol available as a secondary, plus a choice between a breach charge or a claymore as a piece of equipment.

It’s a new map based on an old one. Stadium Bravo is a revamped and workshopped version of the Stadium 2021 map. Prior to this, Stadium maps were only released for a limited time during Siege Invitationals, but Stadium Bravo is not a permanent addition.

“Stadium Bravo is a combination of Border and Coastline. The well-balanced sites and features are color coded and contain less clutter, making it feel different, and yet familiar,” according to the Y7S3 patch notes.

The recoil system in R6 Siege has been completely overhauled, “with the aim of making weapon recoil more meaningful.” Here’s an outline of all the changes:

Additionally, console recoil values will now be adjusted separately from PC values so that the team can focus on the needs of console players more accurately.

The “brutal swarm” of cheaters and chat abusers will ideally be stemmed by some recent changes.

First, penalties for abusive text chat are now being implemented. This feature will also mute repeat offenders by default, and these players will have to be manually unmuted by teammates and other players for their messages to appear.

When the system goes live later in the season, following an early grace period so players can adjust, repeat offenses will result in an “active penalty” for 30 days.

Additionally, players can now report players for cheating in the match replay system, rather than just in-game or post-match. This will allow players to go back and watch matches and report stuff they missed, or get further clarity on moments where they suspected cheating.

Other additions, changes, and improvements in R6 Siege Y7S3

Here are some other changes being made to R6 Siege during Y7S3: