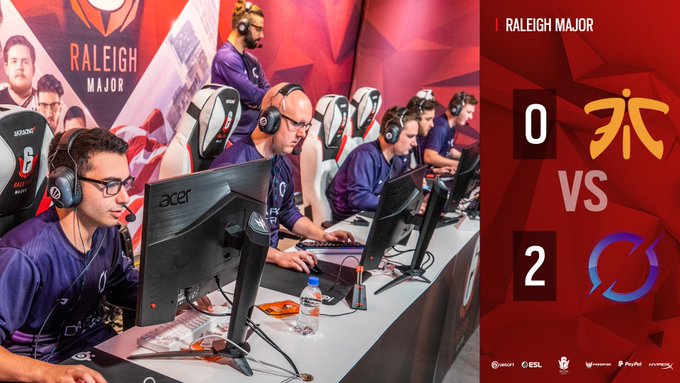 DarkZero may sit at the top of the North American division in the Rainbow Six Siege Pro League, but LAN performances have been another story. They’ve struggled in a LAN setting for the better part of this year, but their 2-0 victory over Fnatic today may serve as a turning point.

The last time DZ played on LAN was at the Allied Esports Vegas Minor in June. DZ’s performance in the Swiss system tournament was met with some harsh criticism. The squad wrapped up the tournament in 14th place, just above the only team they managed to beat. It was puzzling to see a team like DZ underperform so severely. They didn’t need the win to qualify for Raleigh but it still wasn’t a good look, especially since the team dropped out of the season nine Milan Finals in the quarterfinals.

But DZ’s performance today against Fnatic might indicate that the team has flipped a switch in terms of their play on LAN. DZ decidedly proved that Bank belonged to North America. They showed tight coordination and looked to move as a unit even if players were spread across the map. It was clear that everyone was working together.

When teamwork wasn’t enough, Paul “Hyper” Kontopanagiotis stepped up to the plate. With a literal second left on the clock, Hyper found a one-tap headshot onto Fnatic’s last-standing defender. The nail-biter play propelled DZ onto the second map with a win in their pocket.

But Fnatic failed to find any footing on Consulate due to an outstanding DZ presence. It’s hard to tell what was more surprising, the lack of fight on Fnatic’s part or DZ’s dominant performance on Fnatic’s map choice. Either way, DZ look completely different in this tournament and it seems like the squad is headed toward success at the Six Major Raleigh.

Matches at this event will continue throughout the week, so the stakes only intensify from here on out. Fans can catch the official broadcast here while the Bravo broadcast can be found here.