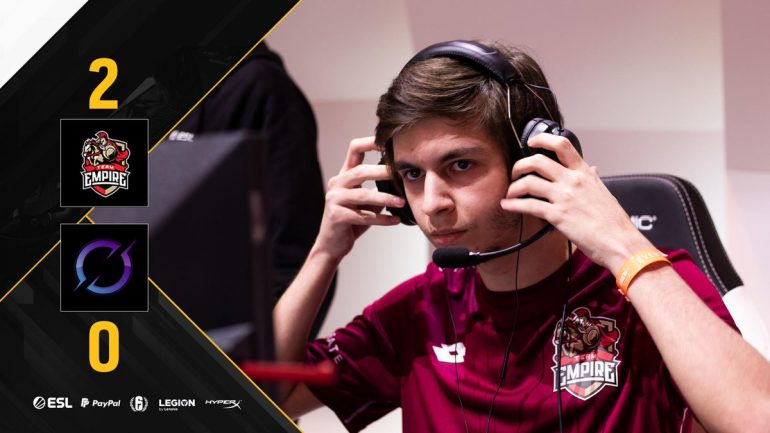 DarkZero stumbled during their R6 Pro League finals run in disappointing fashion. The team showed great promise in the regular season and almost delivered on those expectations against Team Empire, giving the Russian giant a decent run for part of their Milan matchup.

DarkZero are stacked with veterans, but predictions hardly favored them. A back-and-forth first match on Bank signaled that DZ came to win. Cameras focused on Empire showed the team looking quite surprised at the opposition they were met with during the first map. Two clean sweeps on Bank showcased the teamwork and communication that brought DZ to this point.

DZ reached match point at 6-4, and although they were cut down in round 11, the team had already proven themselves against Empire. Taking Empire to the maximum amount of rounds allowed in overtime is no small accomplishment. Although DZ lost 8-7 on Bank, they showed an incredible effort that went against the less-than-optimistic predictions for the matchup.

Oregon didn’t play out as well for DZ, though. Failed attacks and disorienting roam clears stalled out DZ from making meaningful progress in the second match. Empire crushed the first half of the second match in the series at 5-1. DZ were unrecognizable from their first match in the quarterfinals. Despite a near comeback, Empire closed out DZ’s debut for them at 7-3.

After such a promising season nine and an encouraging first match in the quarterfinals, it seemed like DZ were in it to win it. But that proved to be a false positive once Oregon came into play.

Still, DZ should be proud of their first match against Empire considering what a powerhouse they’ve been this past season. The season 10 finals will serve as another shot for DZ—as long as they get that far.