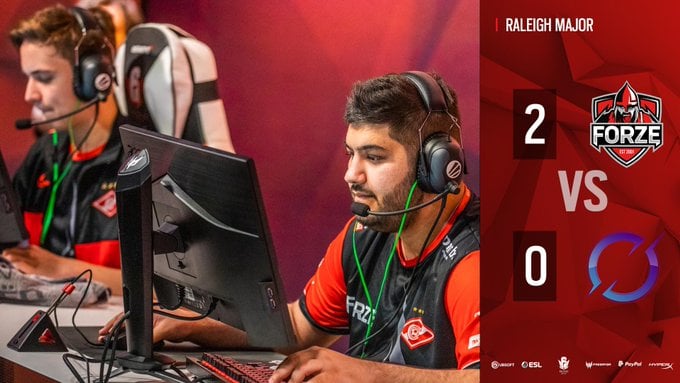 ForZe worked their way into the Six Major Raleigh through the European Online Qualifiers, which is no small task. The European division is highly competitive and the Challenger League scene is absolutely stacked with talent. The raw potential of forZe was apparent during the first map of the best-of-three series.

Even though DarkZero recovered in the second map, the top-ranked NA squad choked a three-round lead that had them on match point. ForZe responded in a massive way, narrowly stealing the second map right out from under DarkZero.

For forZe, this win made it impossible for broadcasters Devin “mzo” Becker and Robert Flynn not to draw parallels between the Russian Challenger squad and the ever-impressive Team Empire. Both broadcasters even went so far as to call forZe the “Russian Machine 2.0,” which appears to be a fitting name.

Curiously enough, Shockwave took the place of Danila “dan” Dontsov, who left forZe for Empire. With their win over DZ, it becomes more likely that we could see Empire square off against forZe. These former teammates could battle it out later on in the tournament.

The Major will continue throughout the week. Fans can find the official broadcast here, while the Bravo broadcast can be found here.