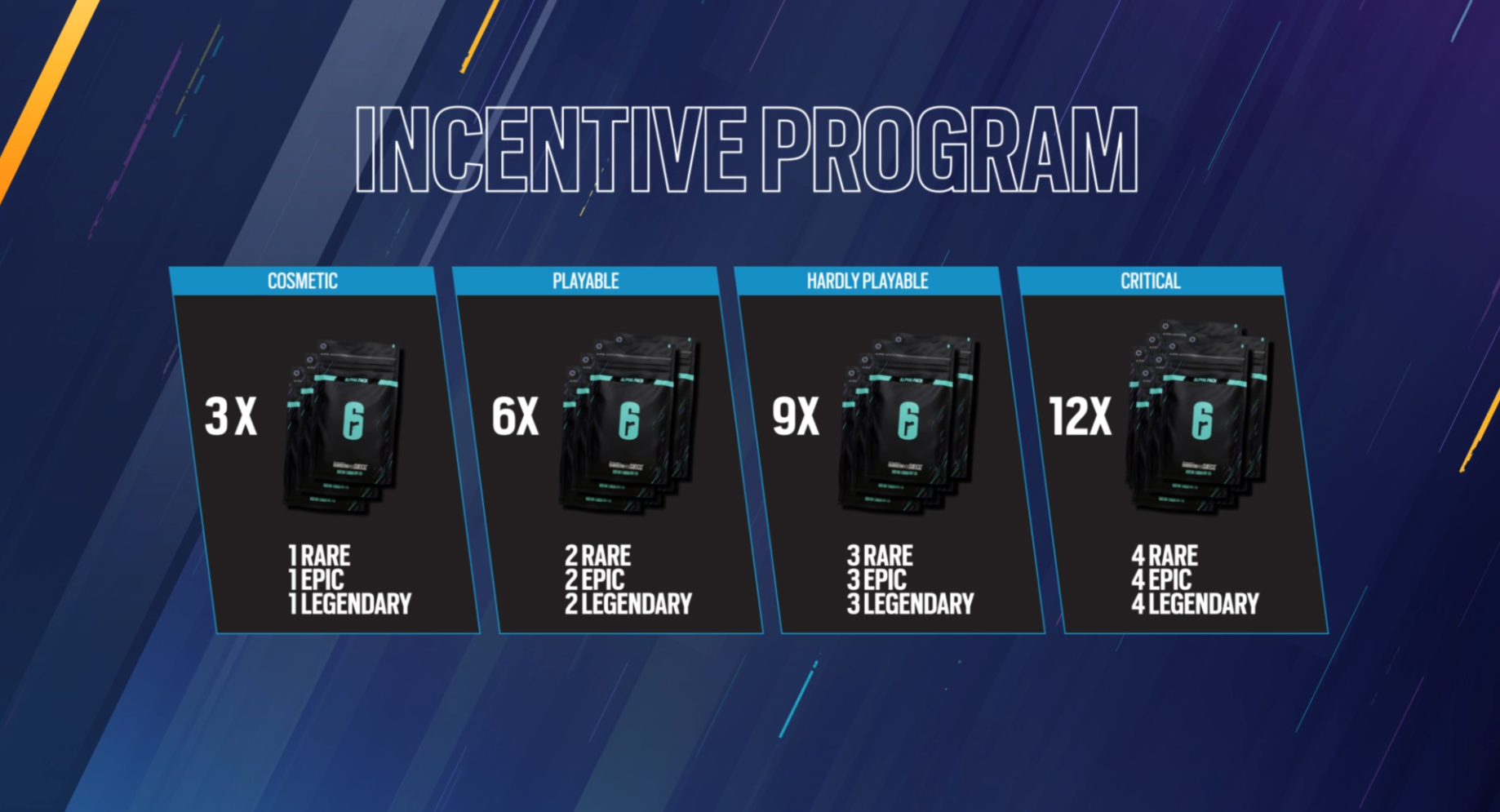 Rainbow Six Siege players will have a new incentive program in Year Seven Season One rewarding them for reporting bugs on R6Fix. The first version of this system will be available on the Y7S1 Test Server.

Bugs and glitches can ruin the game for an entire lobby, especially if they’re game-breaking or substantial errors. Most players want these issues fixed as soon as possible, and the R6Fix service is one of the best ways to report issues in Siege. To encourage more players to use the service, the developers are introducing an incentive program that rewards players for reporting problems.

Players must report an issue on either the Test Server or live client during the season. The report must reach the “Under Investigation” status, meaning the developers are aware of the issue and working on a fix. You’ll receive a reward based on the “highest severity issue out of all your reports.” The reward is added to accounts on the Live game during the next season’s Test Server.

Here are the possible rewards based on the severity issue of reported problems:

Siege‘s Year Seven Season One, Demon Veil, goes live on Feb 21. The first iteration of the R6Fix incentive program will be included in the season’s Test Server.