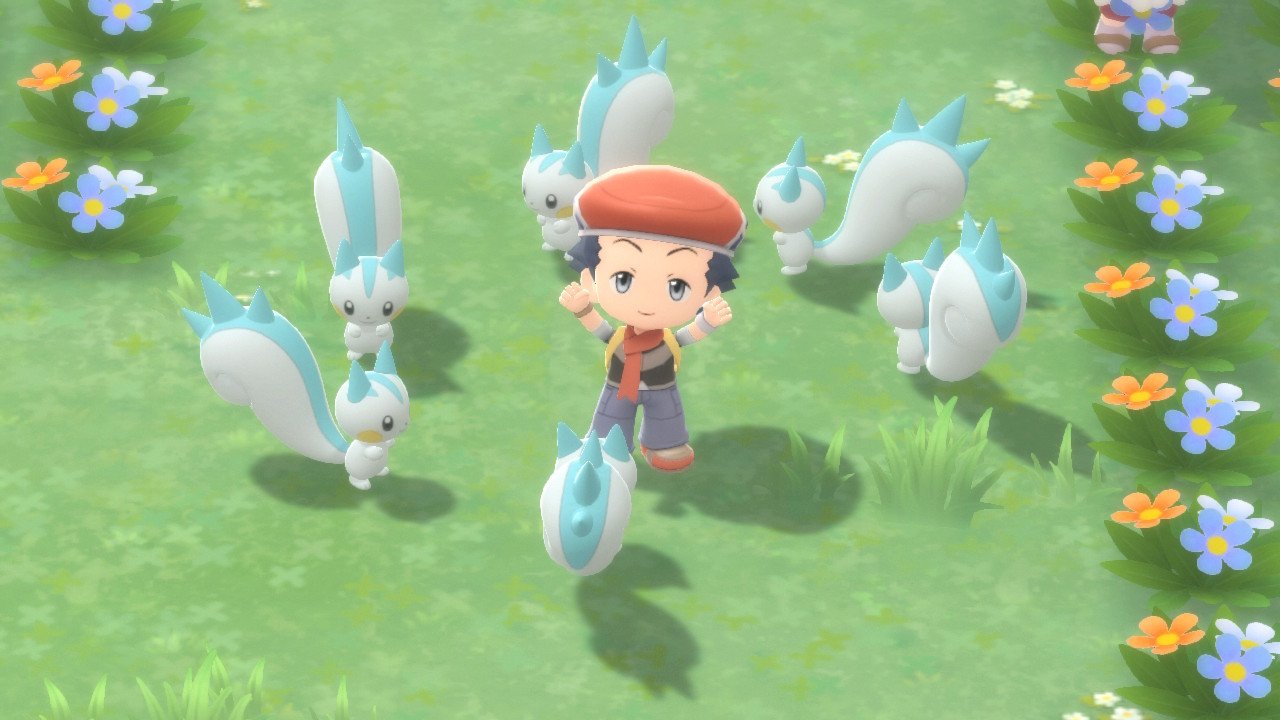 If you’ve been playing Pokémon Brilliant Diamond and Shining Pearl, you might have seen a small status icon on the summary screen of one of your Pokémon that says “Pokérus.” Pokérus is a beneficial virus that has a very small chance of infecting your Pokémon.

What does it do, how do you get it, and how can you make the most of it? We’re taking a look at everything Pokérus-related here.

Pokérus has been in Pokémon since Generation II and has made a return as one of Brilliant Diamond and Shining Pearl’s random events.

Pokérus causes a Pokémon to temporarily receive twice as many effort values, or EVs, from battling. The EVs that are received vary depending on the Pokémon that your fighter defeats. Each EV that a Pokémon gets contributes to the growth of one of its stats. Therefore, doubling the EVs that a Pokémon receives from battle means that its stats will grow much more quickly, potentially making it significantly more powerful.

Once one of the Pokémon in your party is infected with Pokérus, they can spread it to the rest of your party, who will then reap its benefits. (Eggs can also get Pokérus.) For Pokémon in your party, Pokérus only lasts from one to four real-world days, so you have limited time to gain as many extra EVs as possible. If you want to keep it going, place an infected Pokémon in a PC Box. Doing so will pause the Pokérus timer until it’s removed again.

After a Pokémon has had Pokérus, its summary screen will display a small smiley face icon to show that it was previously infected. Each Pokémon can only have Pokérus once.

How can your Pokémon get Pokérus?

After any battle, any given Pokémon in your party has a one in 21,845 chance of developing Pokérus. This makes it much rarer than the base chance to encounter a Shiny Pokémon, which is one in 4,096. Though it’s extraordinarily rare, the easiest way to find it is to simply battle as much as possible.

Another way of finding Pokérus is to do some global trading in Brilliant Diamond and Shining Pearl’s Union Room. Sometimes, benevolent trainers from around the world will trade Pokémon that have Pokérus, making it easier for you to spread the EV benefits to your own team. While this method might be slightly faster than simply battling repeatedly, it still depends a lot on luck—and how nice other trainers are feeling that day.

How can you make the most of Pokérus?

If your Pokémon are lucky enough to be infected with Pokérus, the obvious way to maximize its benefits is to battle with the infected Pokémon as much as possible over the several-day span. The increased EVs should result in some pretty significant stat boosts when your Pokémon level up, so trying to infect some of your lower-leveled Pokémon with the virus is a great way to increase their power potential quickly.

It’s also a great idea to put one Pokémon with Pokérus into your PC box and leave it there. Doing so gives you a good source of the virus. Whenever you want to spread it to a new Pokémon, withdraw the infected Pokémon and place it right next to the new Pokémon in your party. Battle a few times and hope that Pokérus spreads to the new Pokémon quickly. When it does, immediately place the old Pokémon back into the PC to preserve its status. This will only work for so long—and it’s still based on luck—but it’s more standardized than trying to catch Pokérus randomly.

Finally, if you have some Pokérus-affected Pokémon that you don’t really care about, consider trading them to other players and spread the love. You could make someone’s day.