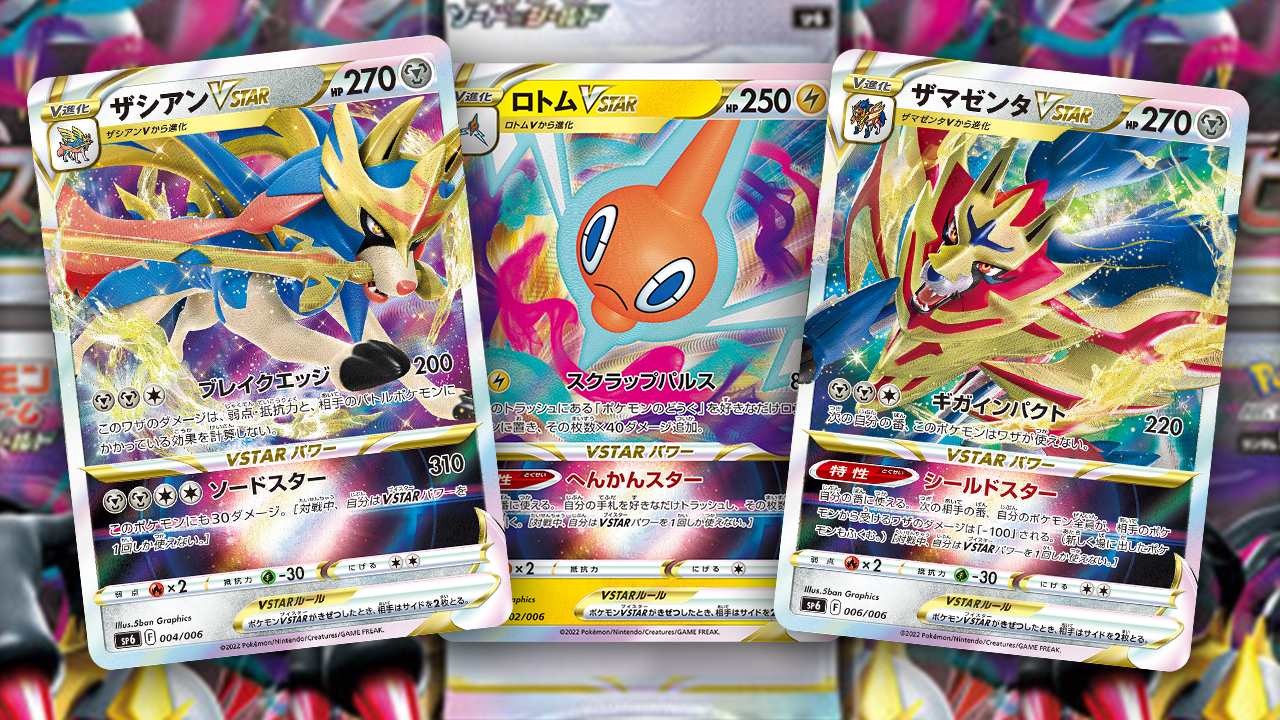 The Pokémon Company has been out in force today announcing new additions to the OCG and one of these is an upcoming product called the VSAR Special Set.

This new product will introduce three new VMAX cards into the game alongside their V counterparts and the featured Pokémon are Zamazenta, Zacian, and Rotom.

All three of these cards will be available in the new product as part of a promotional booster pack. This pack includes both the V and VSTAR versions of one of these three Pokémon. Along with this, you’ll also get eight Lost Abyss booster packs and a VSTAR marker in the VSTAR Special Set.

According to the announcement, this new product will be available in Japan on Aug. 5. It will retail for 1,980 yen, which is equal to around $14.99 USD. Unfortunately, no news has been shared about when these cards will make their way to the West.

If you’re looking to get your hands on these OCG cards outside of Japan you’ll need to rely on online retailers for now.

Earlier today The Pokémon Company showcased new cards that will join Lost Abyss including a VMAX version of Kyurem and a VSTAR form of Drapion. Among these cards was also a version of Rotom V, but it features different artwork to the version in this VSTAR Special Set.

Lost Abyss will launch in Japan on July 15. Many of the cards that we see in this set will make their way to the west as part of September’s Lost Origin.