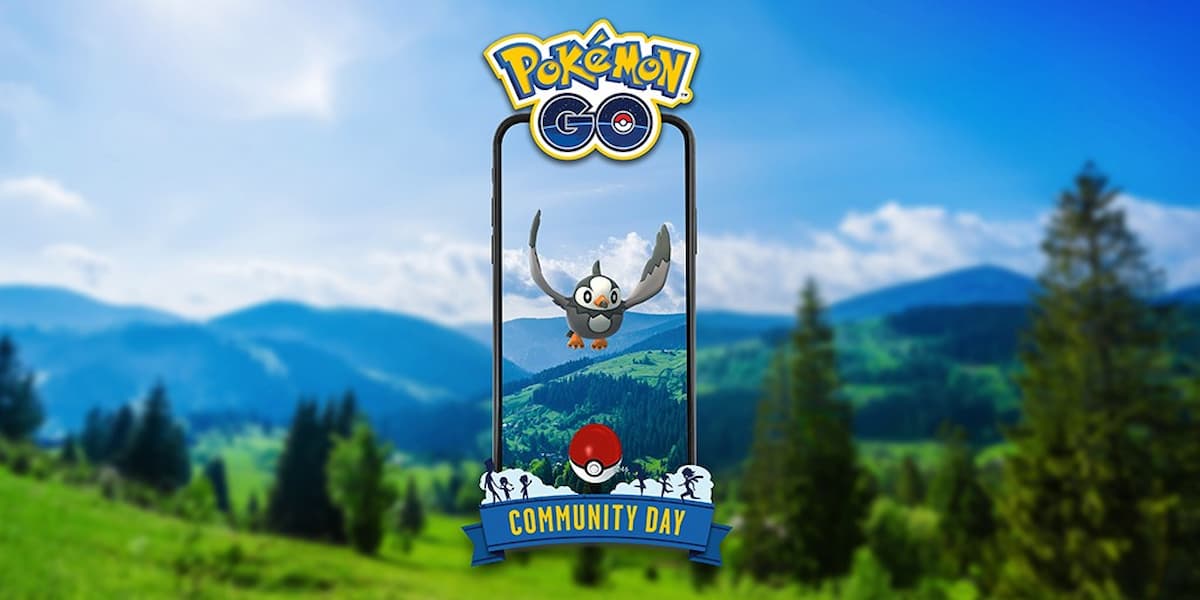 Pokémon Go’s next Community Day event is on schedule to take off on July 17, bringing the Starling Pokémon Starly into players’ flight paths.

As the featured Pokémon, Starly will be appearing more frequently in the wild from 11am to 2pm local time, with increased Shiny odds in play for the Normal/Flying-type too.

Any player who captures a Staraptor or manages to fully evolve their Starly or Staravia will get a Staraptor that knows the Fast Attack Gust, which should be highly sought after for fans of the Sinnoh bird. A $1 ticket will be available to unlock the event-exclusive Special Research story Field Notes: Starly—showing the new naming convention for these ticketed pieces of content again.

Niantic is also maintaining the unique four-star raids that were introduced during June’s Deino Community Day with Staravia making an appearance. Players who are successful in clearing one will see Starly appearing more frequently within a 300-meter radius around the gym that hosted the raid for 30 minutes, with the Community Day Shiny encounter odds active too. These are still locked to in-person raids and Remote Raid invites can’t be sent.

Related: Niantic does not plan to remove Remote Raids from Pokémon Go, will focus on introducing new features to promote in-person gameplay

The usual event bonuses will also be active throughout the event period, along with some that will remain active for several hours after Community Day ends. Here is a full list of those bonuses.

Boosted Lure Modules and snapshot bonuses are also active during the event, so get to catching if you happen to be near a Lure.