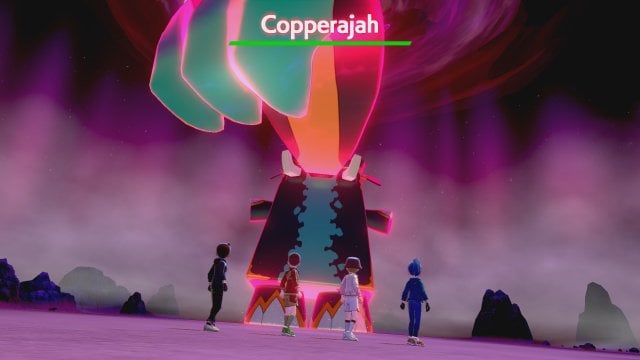 U.S. Pokémon trainers will have the chance to participate in a Dynamax Crystal event this month starting tomorrow at GameStop stores. From Aug. 14 to 31, players can scan a code into the Pokémon Pass app to get the SGR 6879 Dynamax Crystal.

The Crystal will grant players a Max Raid Battle for a Gigantamax Copperajah with competitive IVs. Its Dynamax Level is at four and it has max IVs in HP, Attack, and Special Attack.

Pokémon Pass is an app that ties in with various in-store promotions, including anything from special stickers that can be used in the app’s internal camera or to redeem event distributions for the Pokémon games.

This app requires location functionality to fully work, so the code will only function in the U.S. It also requires you to log in to the Pokémon Trainer Club.

Max Raid Battle events normally increase the chance of encountering a certain Pokémon in the Wild Area. But Dynamax Crystals can be activated in the item menu, triggering a Max Raid Battle to spawn at Watchtower Lair for the remainder of the day.

This Dynamax Crystal was first distributed in specific stores in Europe from June 5 to July 5, and in Ireland from June 29 to July 31.