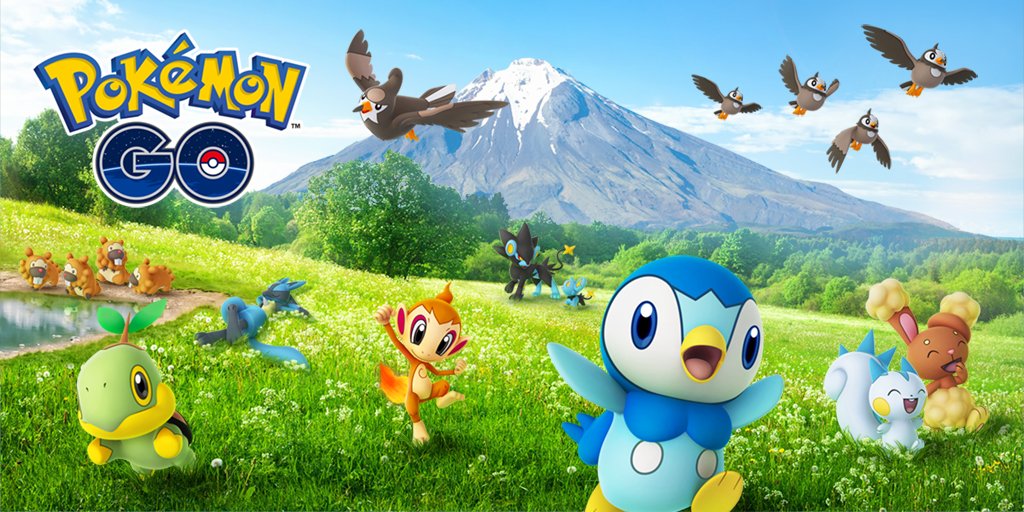 As the Unova Celebration event comes to an end in Pokémon Go, Niantic is already moving along to the next region. The dates for both the Sinnoh and Hoenn Celebration events were officially confirmed today.

Starting with the Sinnoh Celebration, which will run from Jan. 12 to 17, players will see an increase in the number of Pokémon native to the Sinnoh region appearing in the game.

Turtwig, Chimchar, Piplup, Bidoof, Cranidos, Shieldon, Combee, Buizel, Drifloon, Glameow, Purugly, Hippopotas, Skorupi, and Snover will all have increased spawn rates. And if players are lucky, they can encounter a shiny Buizel for the first time.

Likewise, Kricketot, Budew, Cranidos, Shieldon, Bronzor, Bonsly, Hippopotas, and Croagunk will be added to the five-kilometer egg pool during the event, while Field Research tasks that give Stardust or encounters with Turtwig, Chimchar, Piplup, Cranidos, Shieldon or Buizel will also be added.

The raid rotation will also change to include Turtwig, Chimchar, Piplup, Shinx, Buizel, and Gible in one-star raids. Lopunny, Hippowdon, Toxicroak, and Lumineon will appear in three-star raids.

Just like with the Unova event, there will be a Collection Challenge running that will give players Stardust, a Magnetic Lure, and 15 Ultra Balls if they can capture certain Pokémon. The Hoenn Celebration event will run basically right after the Sinnoh event ends, from Jan. 19 to 24.