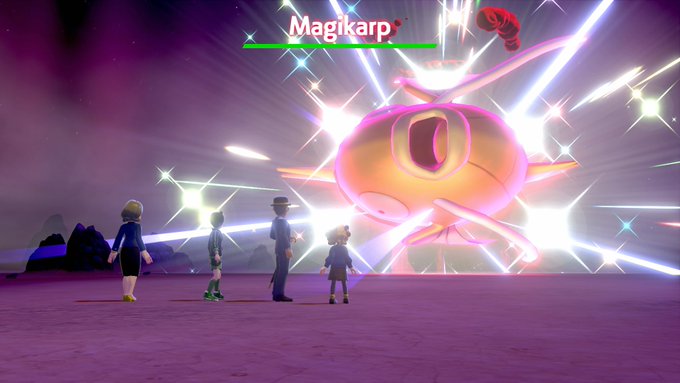 The special Magikarp Raid event in Pokémon Sword and Shield is coming to a close, so if you want to get yourself a rare shiny Pokemon, act fast.

The event, which started a few days ago to bring in the new year, saw increased Magikarp raid spawns across the Wild Area with an increased chance of getting a Shiny by taking part in as many as possible.

The Shiny variants are more readily available than many expected, with trainers able to fill a whole box of shiny fish with ease within a few days of the event going live.

If you haven’t had the chance to get one yourself yet, though, you have until 17:59 CT to do so, so be sure to act fast as there is no guarantee that a raid like this will appear in the game ever again.

Granted, we could get another shiny-like raid in the future considering the success of this one, so we are curious to see which Pokémon might appear next. Our hopes are on Applin.