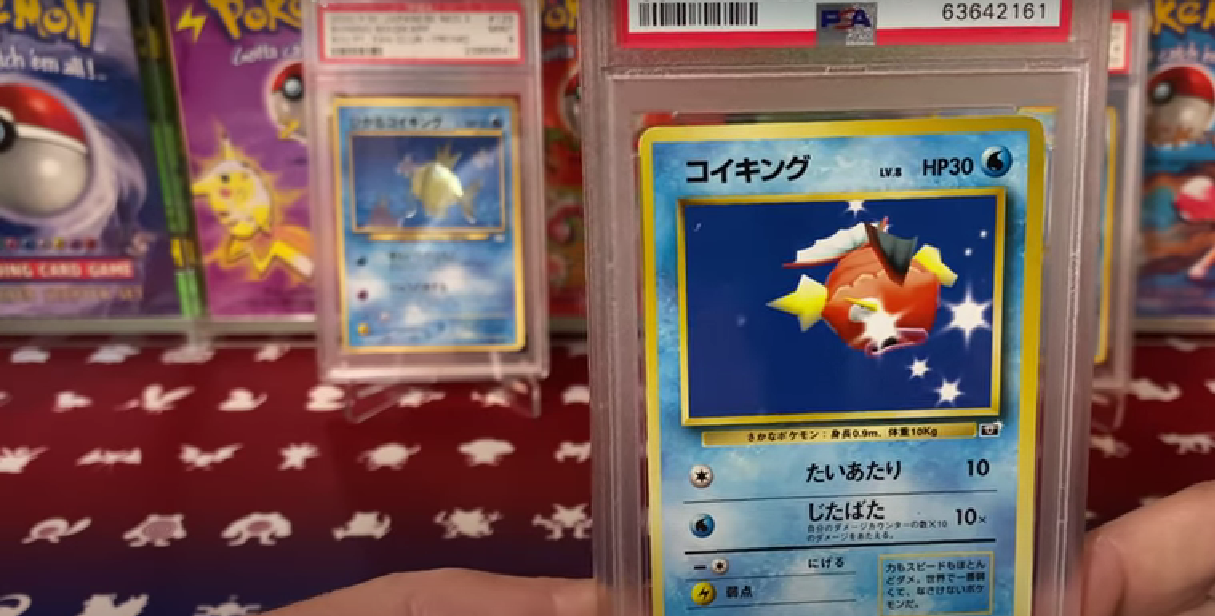 And recently, a rare Magikarp card from the ‘90s emerged seemingly out of nowhere. Pokumon lists the Snap Magikarp card as one of only 20 copies that served as prizes to the winners of a Pokémon Snap competition in Japan in 1999. Now, it is priced at $136,000 on Yahoo! Auctions in Japan.

Another interesting aspect of the Snap Magikarp card is the theory that it was never seen in public before. YouTuber and Pokémon card collector Scott Pratte showed the card in his possession through a new video, where it now has a PSA grading and authentication. But he did not specify if he owns the card.

Some of the other Pokémon included in the competition that also received special card copies are Bulbasaur, Gyarados, Pikachu, and Poliwag. Gyarados was sold for $50,000, while Poliwag was auctioned for $34,000 just last month.

With the Snap Magikarp card now out in the open, it’s possible that there are still 19 copies of the card in the world. And if you just so happen to have one of them, you now have an idea of what it could be worth.