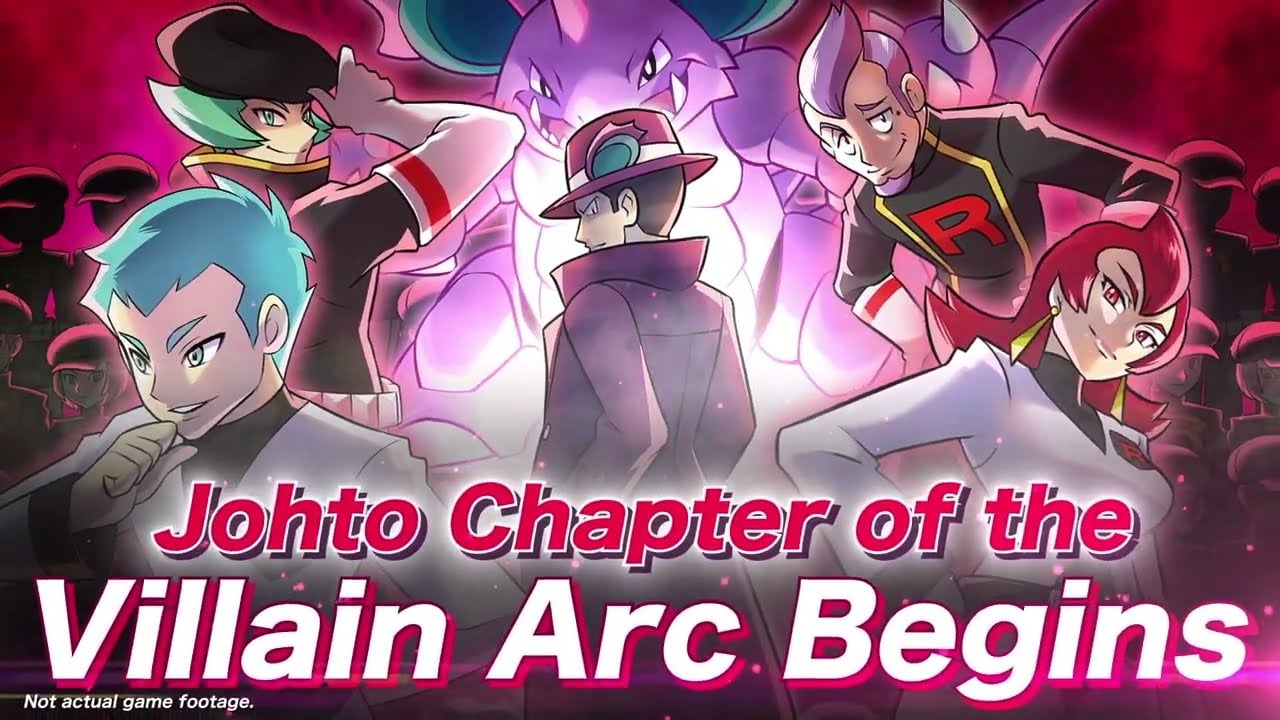 Pokémon Masters EX has revealed its next Villian Arc now live in the game.

Team Rocket has returned to Pasio for the Johto Chapter of the Villain Arc. Alongside these story missions, a new sync pair has been revealed which will arrive in the game later this week.

Synga Suit Giovanni & Nidoking is the next sync pair headed to the game on May 18. The new addition will be available through the Poke Fair Scout from May 18 until June 15.

This pair is a strike-type sync pair that utilizes Ground, Steel, and Poison-type moves. This sync pair never misses its turn, making them an extremely useful addition to any team.

Along with this new story content, it was revealed a Johto Villain Retweet Rally will be held on social media. During this campaign, the more retweets the announcement receives the more gifts players will receive in-game.

There are five different rewards up for grabs each available at 5000 retweet increments. These items will arrive in your in-game present boxes as each milestone is reached.

To participate you’ll need to follow @PokemonMasters on Twitter and retweet their tweet. Fans have from May 27 to June 26 to join in and do their part to bring rewards to the game.

The Johto Chapter of the Villain Arc is live in Pokémon Masters EX right now.