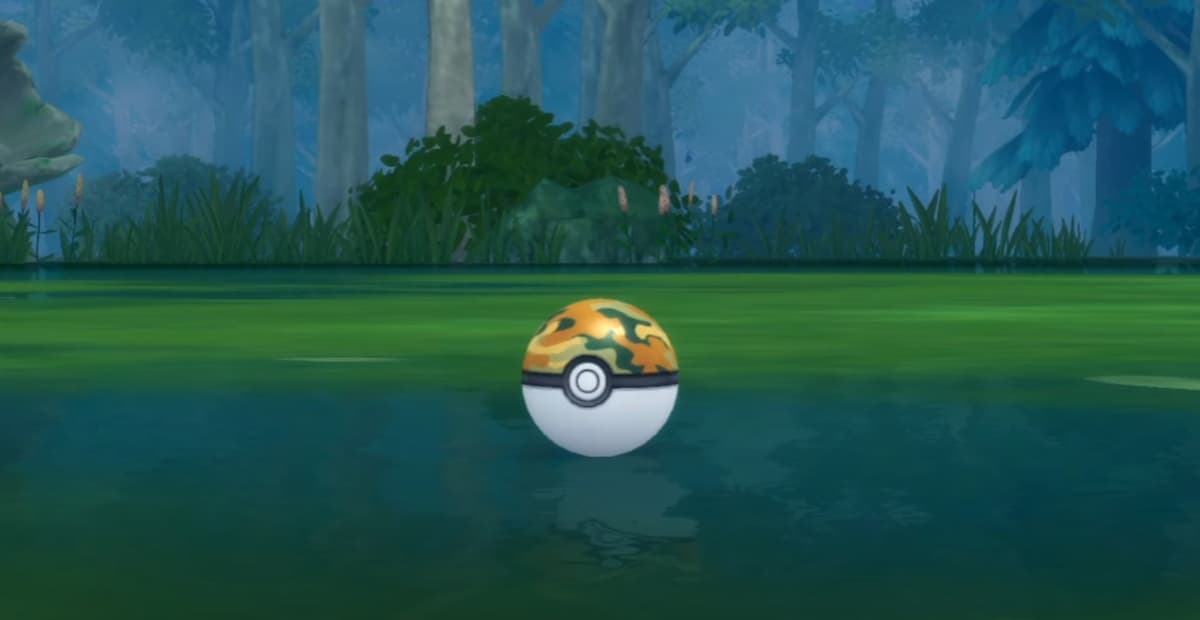 Within every new iteration of Pokémon, Game Freak and the other developers working on the games find new ways to take old concepts and bring them to life in new ways. That can mean something as simple as giving new evolutions to species that didn’t have them before, mechanics like Mega Evolution of Dynamaxing taking battling to the next level, or simply seeing an area that worked and flipping it into something else.

In the case of Sinnoh and the Brilliant Diamond and Shining Pearl remakes on Nintendo Switch, the Great Marsh is the gen four equivalent of the Safari Zone and was actually the first time the games ditched the original name for something new.

After arriving in Pastoria City, players can pay 500 PokéDollars to enter the Great Marsh. They will be given 30 Safari Balls and a 500 step limit to enter the protected habitat of several rare Pokémon and attempt to capture them.

Once inside, players can traverse a set of six numbered areas by walking or via a small tram that is set up on a track in the center, which will help conserve steps if you need to go deep into the marsh.

Each area will contain different Pokémon native to the Great Marsh, with several species being exclusive to the area. There are also several mechanics you will need to learn before you actually go in and get to catching.

The 500 PokéDollar fee, 30 Safari Balls, and 500 step limit are all pretty well-known aspects of the Great Marsh, as it follows the Safari Zone model from older titles. It also borrows the non-battling environment as well.

Once you enter the Great Marsh, you will not be battling other Pokémon, rather, you will be throwing Safari Balls, Mud, or Bait. Throwing Bait at a Pokémon will make it easier to catch but more likely to flee. Likewise, throwing Mud will make the Pokémon harder to catch but less likely to flee, with both changing the unique catch rate/flee rate by a stage of one per use.

Safari Balls have the same catch rate as a normal Poké Ball, so you won’t be getting any favors there and will need to utilize both Mud and Bait appropriately.

You can also run away from any encounter automatically if you don’t want to catch a Pokémon.

A majority of the Pokémon you find in the Great Marsh will be common encounters, meaning they will be spread throughout multiple areas. There is a way to find rare Pokémon easily and make sure you know where to get hunting, though these encounters change daily.

This method involves going upstairs once you enter the main building of the Great Marsh before actually going into the marsh itself.

On the second floor, you will find some binoculars that are used for scenic viewing. Paying 100 PokéDollars will give you an overview of certain parts of the marsh and which Pokémon are available in each spot, though what Pokémon you see is completely randomized. If you get lucky, you could see a rare Pokémon from the lookout and can just make a beeline for that area to try and catch it.

You should at least take the time to explore the Great Marsh once fully to grab all of the items scattered throughout.

Now that you know all of the basics, here is a full list of the Pokémon you can encounter in BDSP’s version of the Great Marsh—split between regular random encounters in the day and night, surfing and fishing encounters, and the Daily Binocular Pokémon, along with what changes once you unlock the National Pokédex.