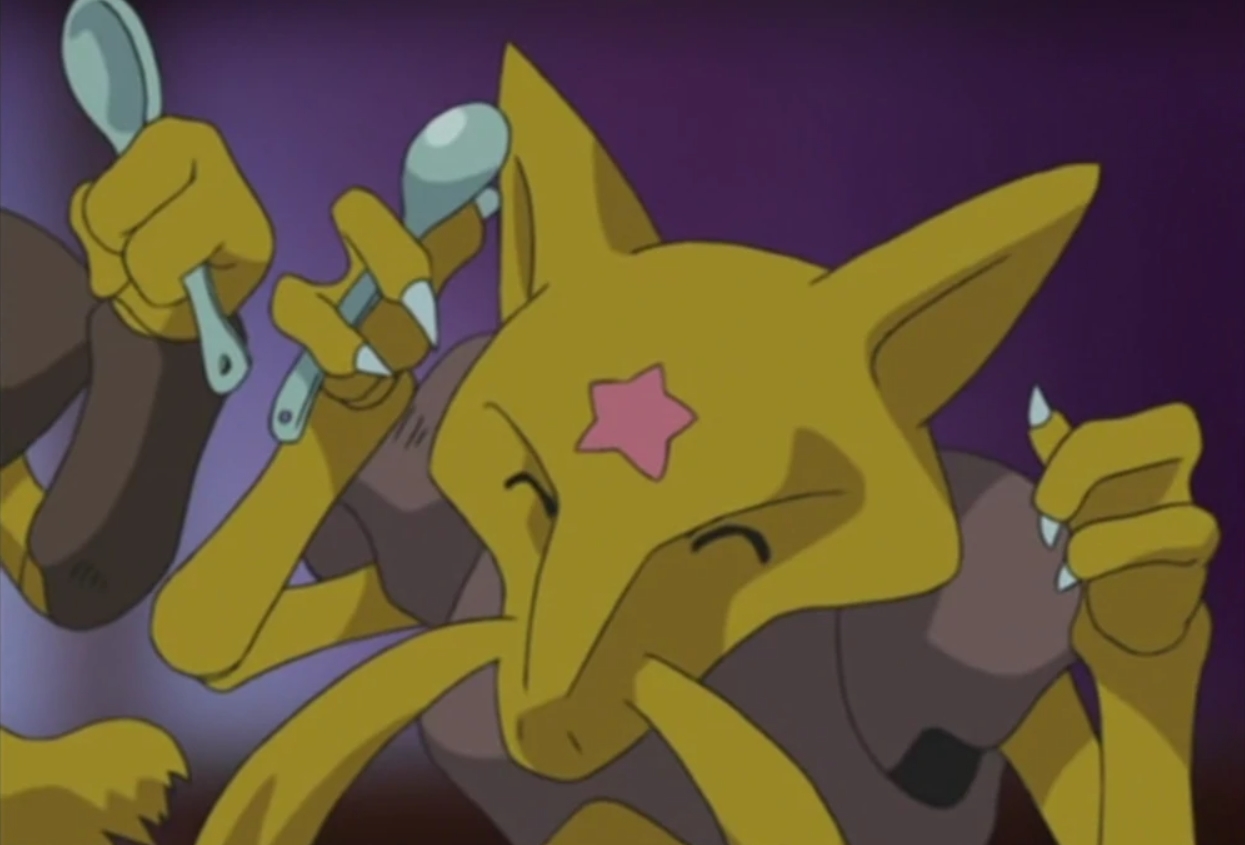 Almost exactly 20 years after performer and illusionist Uri Geller initially sued Nintendo claiming that the Pokémon species Kadabra was an unauthorized use of his identity, he has now decided to lift the ban and allow new Kadabra cards to be printed.

Originally, Geller sued Nintendo for around 60 million euros because the Psychic-type Pokémon Kadabra referenced him in several ways, such as the way it carried and would bend spoons with its mind, something he was known for doing.

There was some truth to his claims, as outside of the spoon usage and Psychic-typing, the Japanese katakana for Kadabra’s name, ユンゲラー, is very similar to how Geller’s own name would look in Japanese, ユリゲラー. Game Freak also used the likeness of actors and martial artists Jackie Chan and Bruce Lee as references for the Fighting-type duo Hitmonchan and Hitmonlee, so it wasn’t that much of a stretch to see where Geller was coming from.

Geller also originally claimed that the star on Kadabra’s forehead and the patterns all over its body were a form of Nazi symbolisim.

“Nintendo turned me into an evil, occult Pokémon character,” Geller said to the BBC in 2000.  “Nintendo stole my identity by using my name and my signature image. I want to tell the world before the start of the holiday season that I have nothing whatsoever to do with these violent characters.”

It was later confirmed that Nintendo and The Pokémon Company would no longer print Pokémon Trading Cards with Kadabra on them, though the Pokémon would still appear in the games. The last Kadabra card was released in 2003 as part of the final Wizards of the Coast set for the TCG series, Skyridge.

Geller confirmed in an email to gaming news publication TheGamer, that he had reached out to Nintendo to get the ban lifted.

“Due to the tremendous volume of emails I am still getting begging me to allow Nintendo to bring back Kadabra/Yungeller, I sent a letter to the chairman of Nintendo giving them permission to relaunch the Uri Geller Kadabra/Yungeller worldwide,” Geller said to TheGamer.

Since the ban, Abra tends to evolve directly into Alakazam in the TCG, or the final evolution is given a special card, such as the recently released Alakazam V, to get around the missing second stage.

Not only does this mark the end of the ban, but should Nintendo decide to start including Kadabra in other media once more, we could see the Psychic-type return to the anime for the first time since 2006 too.

It also looks like beyond fans allegedly reaching out and asking him to allow Kadabra to be printed on cards again, the recent surge in popularity of classic Pokémon seems to have caught his attention as he mentions that Kadabra could now be “one of the rarest cards.”