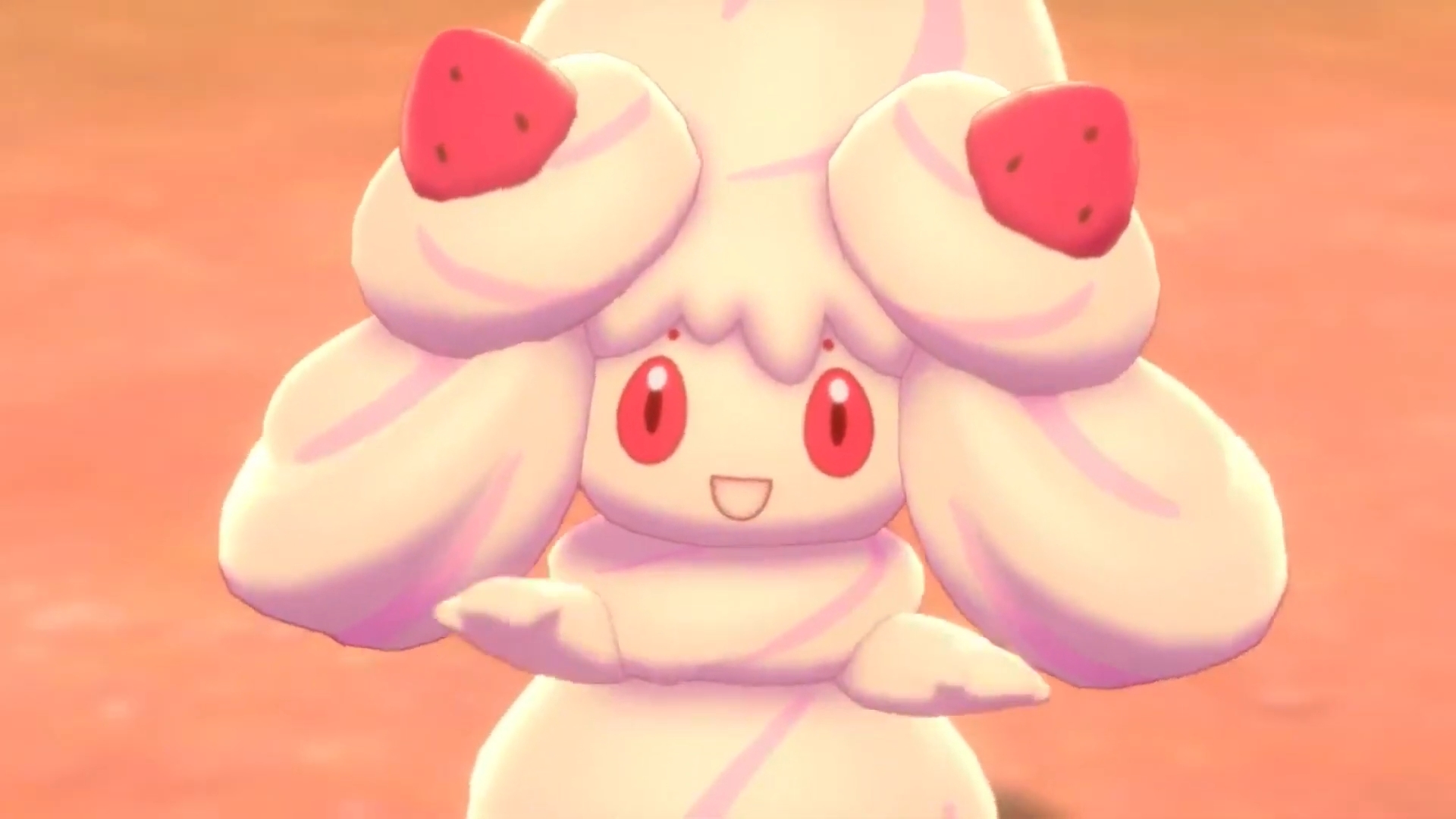 Screengrab via Nintendo Everything

Milcery is just one of many new Pokémon introduced in Sword and Shield, but this creme-themed Fairy-type is a little tricky to use in the game.

As with most Pokémon, Milcery has an evolution that makes it a lot stronger. But unlike other species, it has eight different forms you can obtain through doing a sequence of events in a specific order to make it evolve into Alcremie.

First, you need to head over to one of the many Battle Cafes in the Galar Region and battle the man who runs the place. Once you beat him he will give you a “sweet reward,” which can be one of several items, but there are a few you are looking for specifically.

Milcery will only evolve into Alcremie when it is holding an item called a Sweet, which comes in seven different variations. Each of those variations turn Milcery into a different form of Alcremie, but there is also another set of mechanics involved.

Unlike an evolution stone or an item that needs to be held while a trade takes place, you actually have to spin your character around using the Switch’s joystick to activate the evolution. You will know you did it right when you pull off Leon’s signature Champion Pose, which should trigger the evolution.

Furthermore, depending on which of the Sweet items the Milcery is holding, which direction you spin, how long you spin, and the time of day you spin, you could end up with a different Alcremie. The item only dictates which decoration will be on your Alcremie’s head, but the way you rotate the control stick changes the color

Here is a full break down of each type and the specific way to get it.

There is even a Rainbow Creme form out there too, but there is no way to ensure you receive it. Only by spinning and hoping to randomly get it can the Rainbow Creme version be unlocked. And none of this is even taking into account the Gigantimax Form, which is something you need to get through Max Raid Battles.

Just remember, the seven Sweet items only decide the accessory. The most important part is the color of creme, so you better learn how to pose.