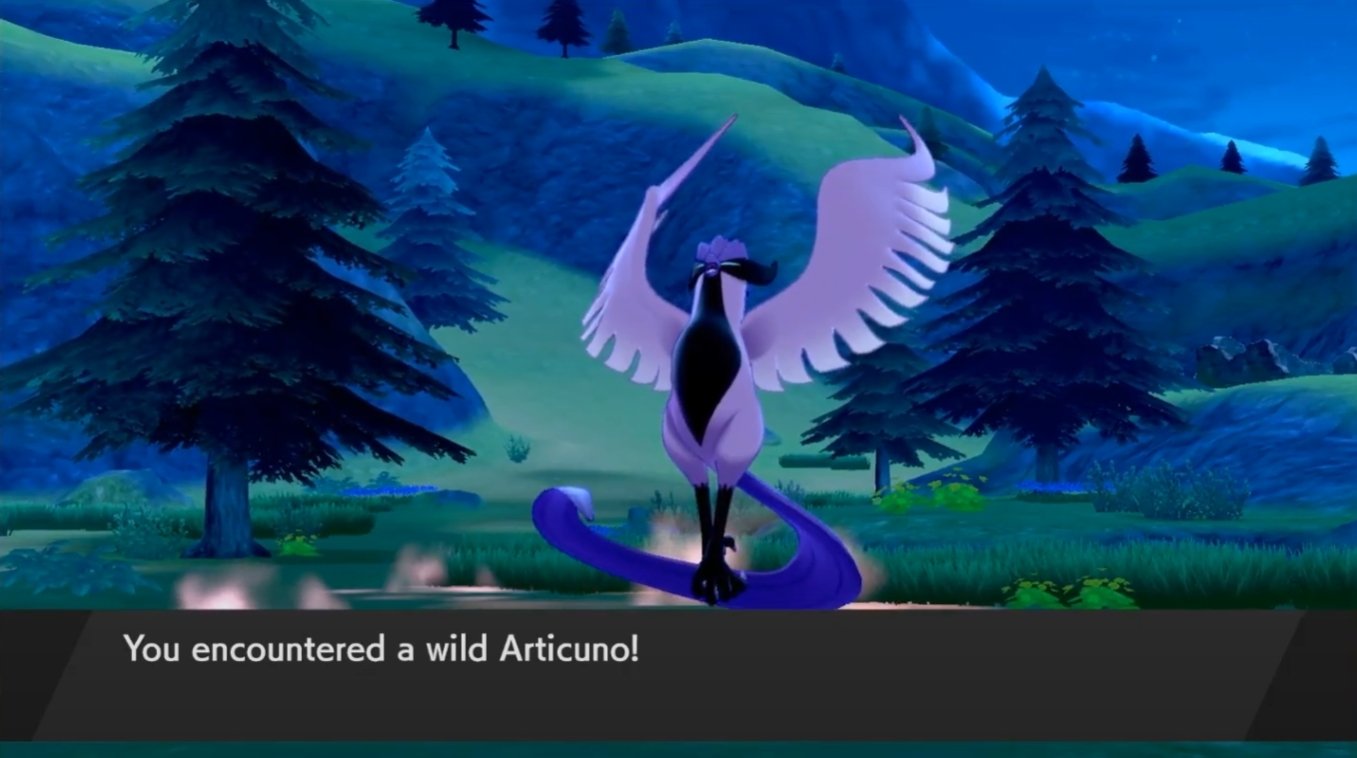 The icy landscape of Pokémon Sword and Shield’s The Crown Tundra expansion is teeming with powerful, legendary Pokémon. But some of the new legends are a little more interactive than the rest.

Galarian Articuno is one big troll, using its newly acquired Psychic-typing to play tricks on you if you try to approach it—and to launch devastating attacks in battle. But it still manages to look extremely classy while doing so.

All three of the Galarian Bird Trio are technically static encounters, but you won’t just walk up and challenge them like a normal legendary battle. Instead, the trio roams around once you get through the cutscene of them fighting around the giant tree in The Crown Tundra. Each of them breaks off and heads to one of the three different Wild Areas that are now available in the game.

Galarian Articuno is the only bird to remain in The Crown Tundra’s Wild Area, which makes sense considering its ties to ice-covered terrain. But unlike the other two birds, you’ll have to play a little game to capture the Psychic-type.

Listen for Articuno’s cry and follow its shadow when you see it. This should lead you to the bird and trigger a game of “Find the Real Articuno.”

The legend will split itself into three copies and give you a little taunt to show which one isn’t an illusion. You’ll need to keep track of which bird is real and then run into it when they approach the ground.

If you guess correctly, you can battle and capture Articuno. But if you mess up, it’ll taunt you again and then fly away.