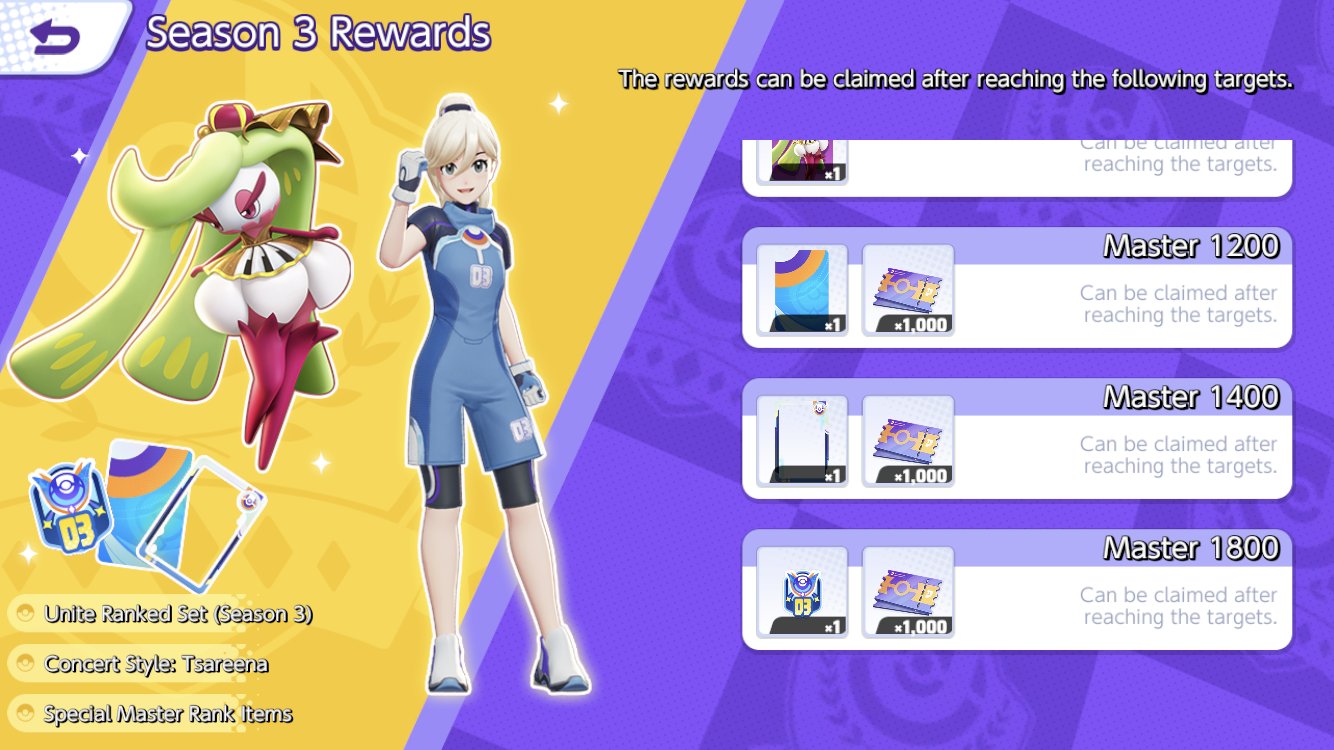 Pokémon UNITE is a fairly standard MOBA outside of the Pokémon element, giving players multiple game modes to take part in, including some that are only available for a limited time. However, in typica MOBA fashion, most players will end up in ranked, whether it be solo queuing to mixed results or getting a squad together before jumping into matchmaking.

Ranked is where players can go to challenge themselves against players trying to improve at their game after learning the basics, and typically features more coordinated strategy, higher-level gameplay, and closer matches overall.

UNITE players can reach six distinct competitive ranks, and five of them have multiple classes within the rank to differentiate skill levels throughout the climb. Starting with Beginner: Class Five, players will work to grind Performance Points and reach the next rank—and match up with even better opponents.

As you climb the ranks, there are rewards available that scale as you continue grinding. Players can claim their rewards as soon as they reach the required rank for each specific goal. You can check the current season’s rewards by hitting the X Button when sitting in the ranked lobby, then selecting “Season Rewards.”

Most ranked rewards involve Aeos Tickets, an exclusive avatar items, and special items you can use on your avatar profile depending on how high your rank gets throughout any given Ranked Season. You must claim each season’s rewards before the next season begins.

For a short period of time, TiMi did include unique Ranked Holowear in these rewards too, though that has been discontinued as of Ranked Season 5.

You can expect all of the rewards to change when a new season begins, and TiMi Studio and The Pokémon Company are bound to share more details in the game when each new season launches.