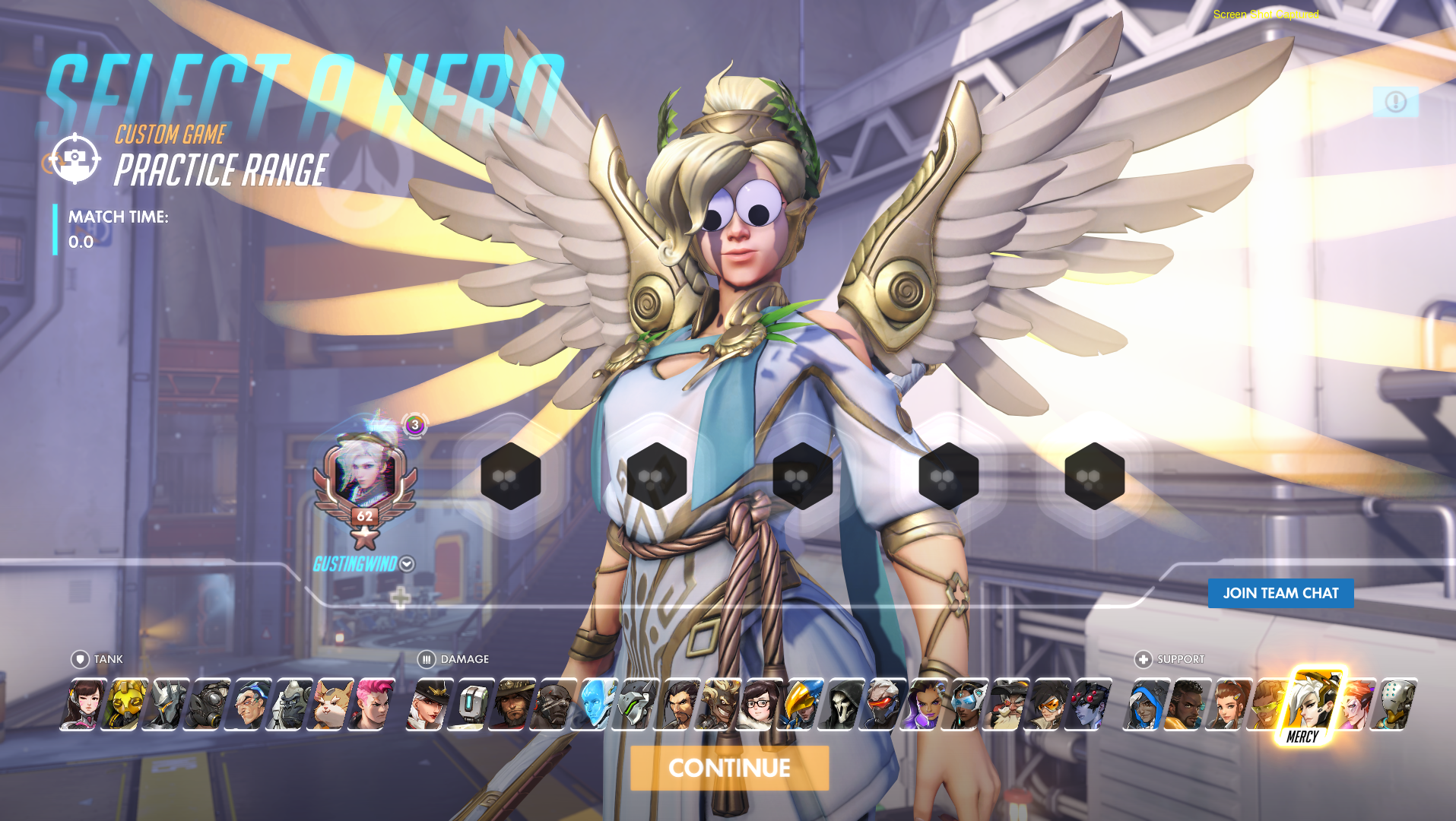 Overwatch players may notice when logging into the game today that their favorite heroes have added some new accessories to their faces, the likes of which may not be the best for heading into heated combat.

As part of an annual April Fools’ Day prank, Blizzard has once again added giant pairs of googly eyes to every hero in Overwatch. This can be seen on the home screen of the game, in hero select, and also in normal gameplay.

Each hero and all of their skins have the googly eyes equipped over their regular eyes for this one-day event. Even Bastion, who doesn’t have a pair of eyes normally, has been given googly eyes to commemorate the ridiculous nature of April Fools’ Day, comically appearing on the sides of the reticle he “sees” out of.

Players who head to the Hero Gallery and move the heroes around quickly will notice that the pupils of the googly eyes bounce around, acknowledging the attention Blizzard put into an event that lasts only one day each year. They will also bounce around as heroes move in normal game modes, as well as during their emotes. This April Fools’ Day prank does not affect any other facet of normal Overwatch gameplay, nor does it impact gameplay in any capacity.

Overwatch players can participate in googly-eyed shenanigans as part of the April Fools’ Day prank in-game throughout the remainder of today. Starting tomorrow, the googly eyes will be removed from all heroes and their skins, so players wanting to commemorate the moment should take screengrabs while they can.