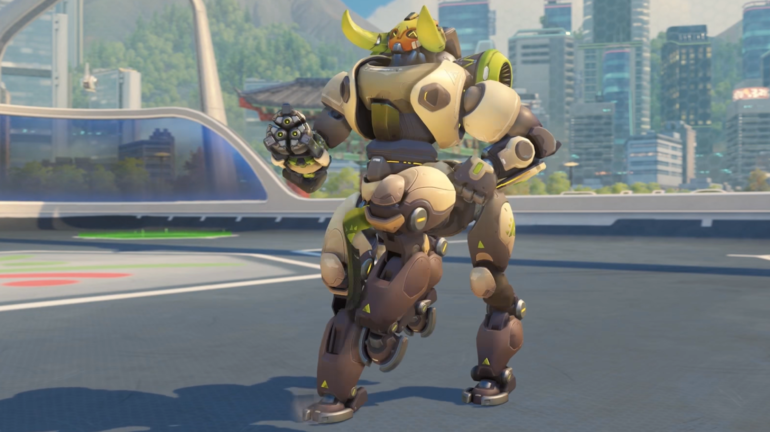 Overwatch’s annual Summer Games event kicked off today in what came as a surprise to many fans across the globe. The summer-themed event introduced a slew of new skins, emotes, and highlight intros, as well as a new challenge system with exclusive weekly rewards.

The Summer Games 2019 event ends on Aug. 5, giving fans three weeks to unlock exclusive rewards by completing the event’s new weekly challenges. Each week, players will be able to earn three different rewards, including a spray, an icon, and an Epic skin for winning matches. Only quick play, competitive, and arcade modes count towards win progress, so fans will have to put aside the custom games if they want to complete each challenge before the clock ticks down.

For the first week of challenges, fans can earn American Reaper, followed by Zhangguo Mei and Bundesadler Reinhardt in weeks two and three, respectively. Each of the three skins dresses its hero in the colors of their home country, giving fans of the game the chance to show off their patriotism.

Related: All the new skins for Overwatch’s Summer Games 2019

In addition to the three exclusive Epic skins, the event introduced four new Legendary skins for Genji, Wrecking Ball, Torbjörn, and Hanzo that are now available in this year’s seasonal loot boxes or for 3,000 credits from the Hero Gallery.

Once the event ends, all the new items for this year’s Summer Games will return to the seasonal vault where they will remain until next summer. Fans will only be able to earn this year’s three Epic skins by completing challenges, however, so they’ll need to do so before the event ends.