In-game team uniforms will debut at the Overwatch World Cup 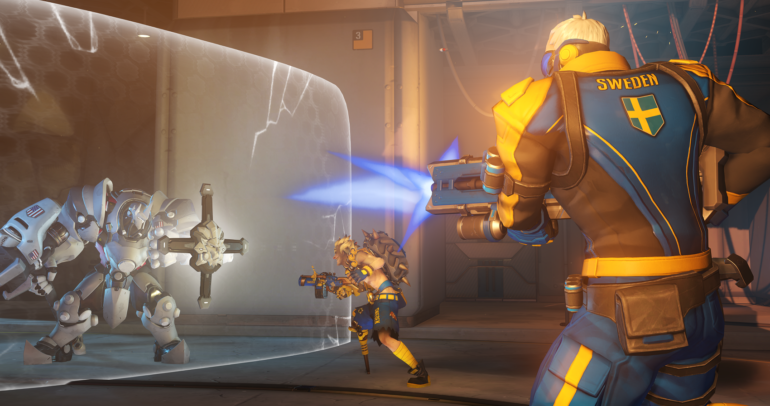 Blizzard is debuting its Overwatch spectating overhaul on Nov. 3 and 4 at the Overwatch World Cup, but before it begins, the developer is sharing how it all came together.

In a video posted to Twitter on Nov. 1, Blizzard shared a video, Behind the Scenes: Evolving Overwatch Esports, that details the developmental process. Among the technical talk of putting together the spectator improvements, there’s a glimpse into a really exciting feature—in-game team uniforms.

Related: How to watch the Overwatch World Cup

Gone are the days of the red and blue teams wearing Overwatch’s standard skins. For Overwatch esports—and starting with the Overwatch World Cup—teams will wear organization-branded skins in-game. The “home” team will wear vibrant colors, while the “away” team is relegated to light colors. Spectators no longer have to rely only on a red or blue outline to differentiate teams: With just a glance, spectators should be able to tell who is who.

The video also details the other features Blizzard revealed in its Oct. 26 Developer Update. A top-down view for broadcasters will also debut at the Overwatch World Cup, as well as a third-person smart camera. Likewise, a tournament interface will be used to knock out human error.

The Overwatch World Cup begins Nov. 3 with the United Kingdom against Sweden. Tournament play continues into Nov. 4, where a champion will be named.