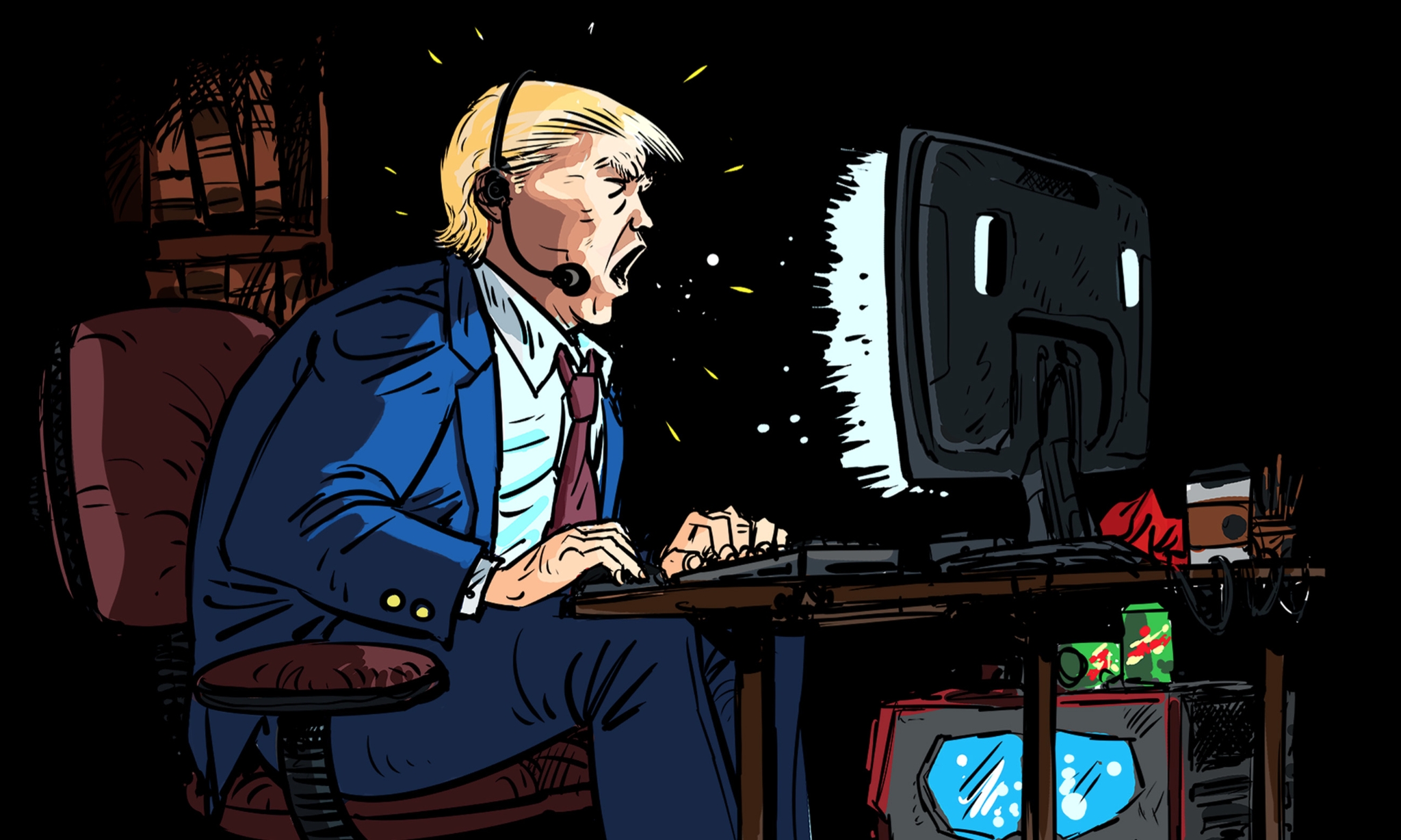 A super PAC has launched a blistering attack on Donald Trump’s Overwatch skills.

Yes, you read that right: a billboard recently appeared near the University of Central Florida, claiming that Donald Trump plays Overwatch and “mains Hanzo and complains about team comp in chat.”

Hanzo mains have one, simple job to do. Despite this, they are the first to complain, and the last to take blame. It’s a dig that your mother probably won’t get. But plenty of young people will.

The young, cord-cutting esports demographic is one of the most sought after in media. That’s why major sports organizations are investing in the industry, and why major names in media (like ESPN) are launching esports news sections. So it was only a matter of time until esports and politics met.

The poster is part of a campaign by The Nuisance Committee, the super PAC created by the makers of card game Cards Against Humanity. The PAC is funded by sales of special Clinton and Trump-themed expansions, raising over $400,000.

Since first appearing on Twitter since late last night, the poster has been a hit with exactly the kind of young demographic that the group were trying to target with the campaign.

APPARENTLY IN MY AREA THERES A BILLBOARD THAT SAYS “DONALD TRUMP MAINS HANZO AND COMPLAINS ABOUT TEAM COMP IN ALL CHAT” I NEED TO SEE IT pic.twitter.com/Au70OthAAW

The poster is part of a website campaign, ‘Trump is Not a Team Player‘, that highlights times where Trump has used popular gaming excuses throughout the campaign. The website also features some fanart of Trump as Overwatch characters.

The Nuisance Committee previously created an ad featuring George Takei calling Donald Trump a dictator, and purchased a 90-foot high billboard that said “if Trump is so rich how come he didn’t buy this billboard?”

All of this is part of a campaign to, in the words of TNC’s founder, “drive Trump nuts”.