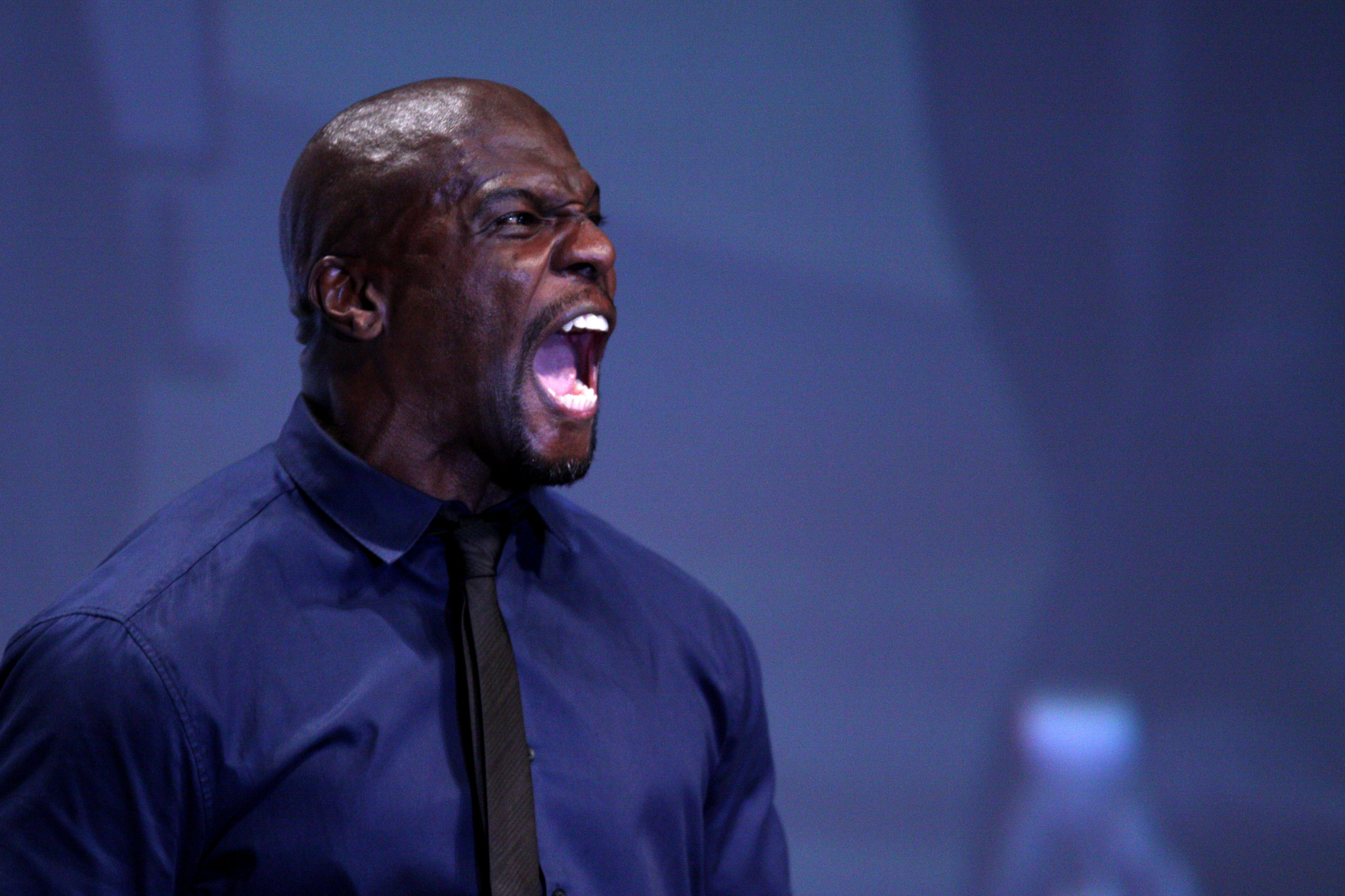 The internet was in uproar after Sahr Ngaujah was named Doomfist, not Terry Crews.

Ngaujah, an American theater director and Tony Award–nominated actor, was revealed as Overwatch’s newest hero’s voice actor earlier in July—and he’s perfect for the role. Crews agreed. “When I saw that Doomfist was created, that they’d went with another guy, the whole thing, it’s actually quite perfect,” Crews told PC Gamer. “It’s absolutely amazing. I can honestly say that they made a move that’s better for the game, which is what they’re about.”

Fans were upset, but Crews wasn’t, he added.

The Brooklyn Nine-nine actor and former NFL player also spoke about visiting Blizzard, revealing that he was in consideration for the role. “It’s funny because when I went down to Blizzard and we were talking about possibilities, I realized that I don’t want to be the guy that hijacks a game,” Crews said. Overwatch’s developers have a vision for the game—and fans expected a Crews-like personality for Doomfist, which would have just been too over the top.

But Crews was willing to do whatever Blizzard wanted, he added. “I let them know that whatever fitted in their program I would love to do,” Crews said.

The Crews-as-Doomfist hype train started as a fan campaign, spreading to Crews himself. He spoke out about his desire to play the titular character, even going as far as taping a mock audition. In December 2016, Crews visited Blizzard, sparking more rumors that he could, actually, be playing the role.

Crews remains a fan of Blizzard and Overwatch, suggesting that a collaboration in the future could be possible. “If I ever do anything with Blizzard, you watch,” Crews said. “It’ll be perfect. With those guys, we’re all friends, we’re all good. I think there will be something coming down the line.”

He won’t be Doomfist, but he still could play a part in Overwatch’s universe.

Though Crews isn’t playing Doomfist, he is voicing a character in Microsoft Studios’ Crackdown 3. “Believe me, it tempers any kind of disappointment with Overwatch because I know now Crackdown 3 is my game,” Crews said. “We announced it at E3 and I’m actually going back to appear at the panel at ComicCon. It’s a dream come true for me.”