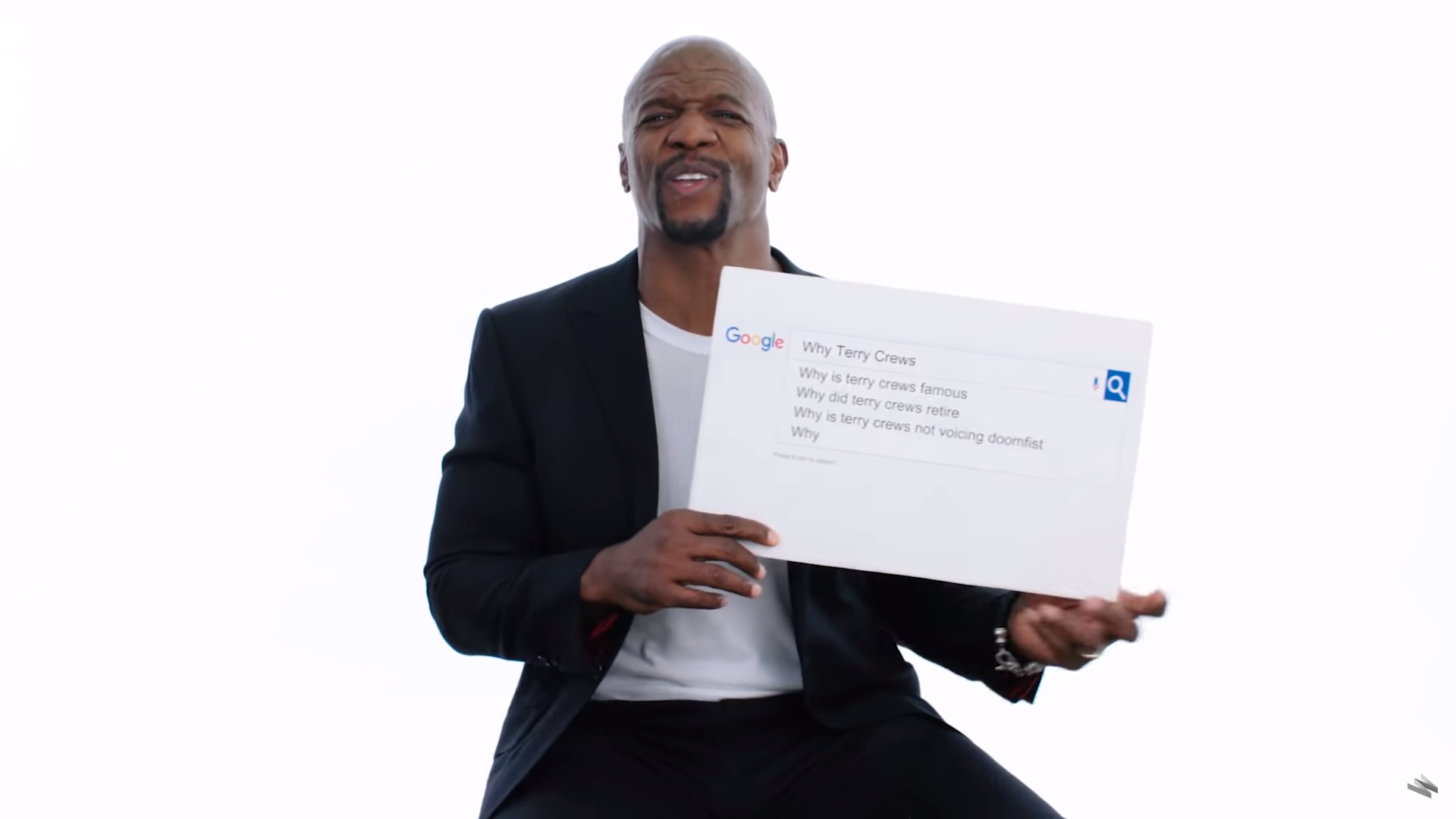 Overwatch bad guy Doomfist is voiced by an American actor, Sahr Ngaujah—not Terry Crews. Ngaujah is a perfect choice for the Talon Overwatch hero, but plenty of fans are still wondering… why isn’t Crews involved?

Fan support for Crews as Doomfist arose well before the character was even confirmed as an Overwatch hero. Players latched on to a mention of Doomfist in the first Overwatch cinematic trailer. From there, Crews and Doomfist were forever entwined.

The question came up again when Crews appeared on Wired’s YouTube channel. He answered the internet’s most searched questions on himself. Naturally, one of the questions was asking about Doomfist.

Related: Terry Crews auditions for Doomfist—just not with Blizzard

Why is Terry Crews not voicing Doomfist?

“I know,” Crews said. “I’m a big gamer, and it just didn’t work out. I’m sorry!” He offered hope for video game players looking for his voice elsewhere, though. He’s in Crackdown 3. It’s not Overwatch, but it’s something.

Crews had previously mentioned that he wasn’t necessarily upset that he wasn’t chosen for the Overwatch role. “When I saw that Doomfist was created, that they’d went with another guy, the whole thing, it’s actually quite perfect,” Crews told PC Gamer. “It’s absolutely amazing. I can honestly say that they made a move that’s better for the game, which is what they’re about.”

Fans were upset, but he wasn’t.

“It’s funny because when I went down to Blizzard and we were talking about possibilities, I realized that I don’t want to be the guy that hijacks a game,” Crews said.