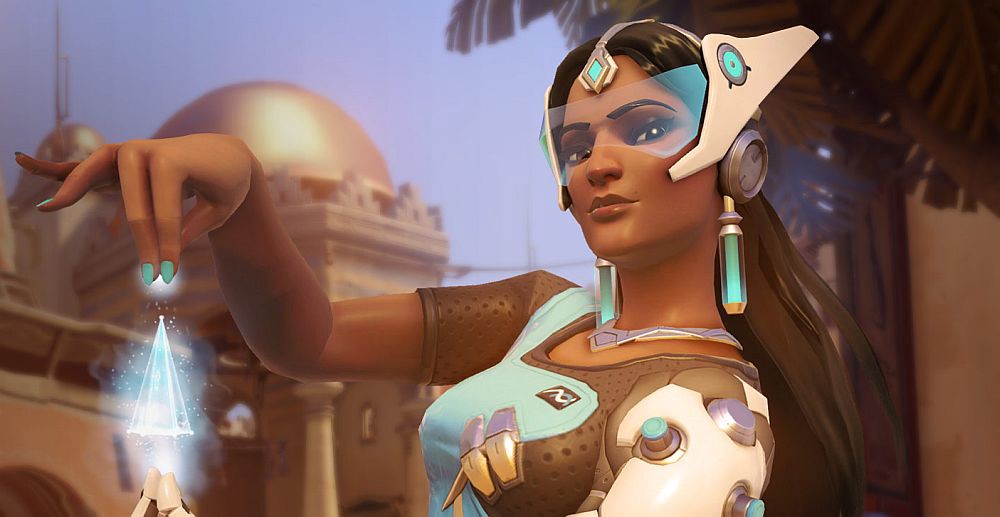 Symmetra players have been clamoring for developer Blizzard Entertainment to make the support hero more viable in-game since the game’s release. Well, that time is coming.

In a developer update posted to YouTube, game director Jeff Kaplan explained the adjustments Blizzard is making to Symmetra. Very soon on the public test realm, Blizzard will tweak her primary and secondary fire, sentry turret, and improve her ultimate ability?—?by giving her another.

Playing Symmetra was just really stressful for a lot of players, Kaplan said. Symmetra players have just too much to do at the start of the game: scrambling to put shields on everyone, running to the front line to setup turrets, charging the ultimate ability. It left the support hero feeling overly situational; the PTR adjustments will hopefully fix that.

The biggest change is her ultimate ability?—?she has two now. Just as with other heroes, she’ll start at zero percent and have to charge from there. When she’s fully charged, players will have the option of putting down the teleporter. If they don’t need the teleporter, players can toggle to the new one: a shield generator that puts a substantial shield on all teammates in a massive radius. Like the teleporter, it’s a built object. The shield generator ignores line of sight, granting shields to all teammates in the designated radius.

Symmetra’s teleporter has been adjusted, too. Blizzard gave it more health, as well as allowing it to regenerate shield health after it’s been damaged.

Now that there’s a shield generator ultimate, Blizzard has replaced the old shield ability with an entirely new ability: the photon barrier. It’s similar to Winston’s barrier and Reinhardt’s shield, though it’s “projected on a track of movement,” Kaplan said. It’s intended to be more active than the old shields, giving players the ability to be more creative.

Symmetra will now be able to place six turrets on a cooldown cycle, whereas she was previously only able to put down three before the cooldown. Still, she’s only allowed six turrets on the map at one time. “It allows Symmetra to move her location with the flow of combat,” Kaplan said.

Symmetra’s primary and secondary fire weapons work exactly as they have always, with one minor adjustment: The distance for which the beam locks on has been extended. “But don’t panic, she’s not a long range beam sniper now,” Kaplan added. “She’s still a very short range character with that primary fire.”

The Symmetra redesign will be available on the PTR very soon, Kaplan said. No specific time frame was given. Additionally, Kaplan announced that the new Oasis map?—?revealed at BlizzCon?—?will also be released on the PTR shortly after the Symmetra changes.