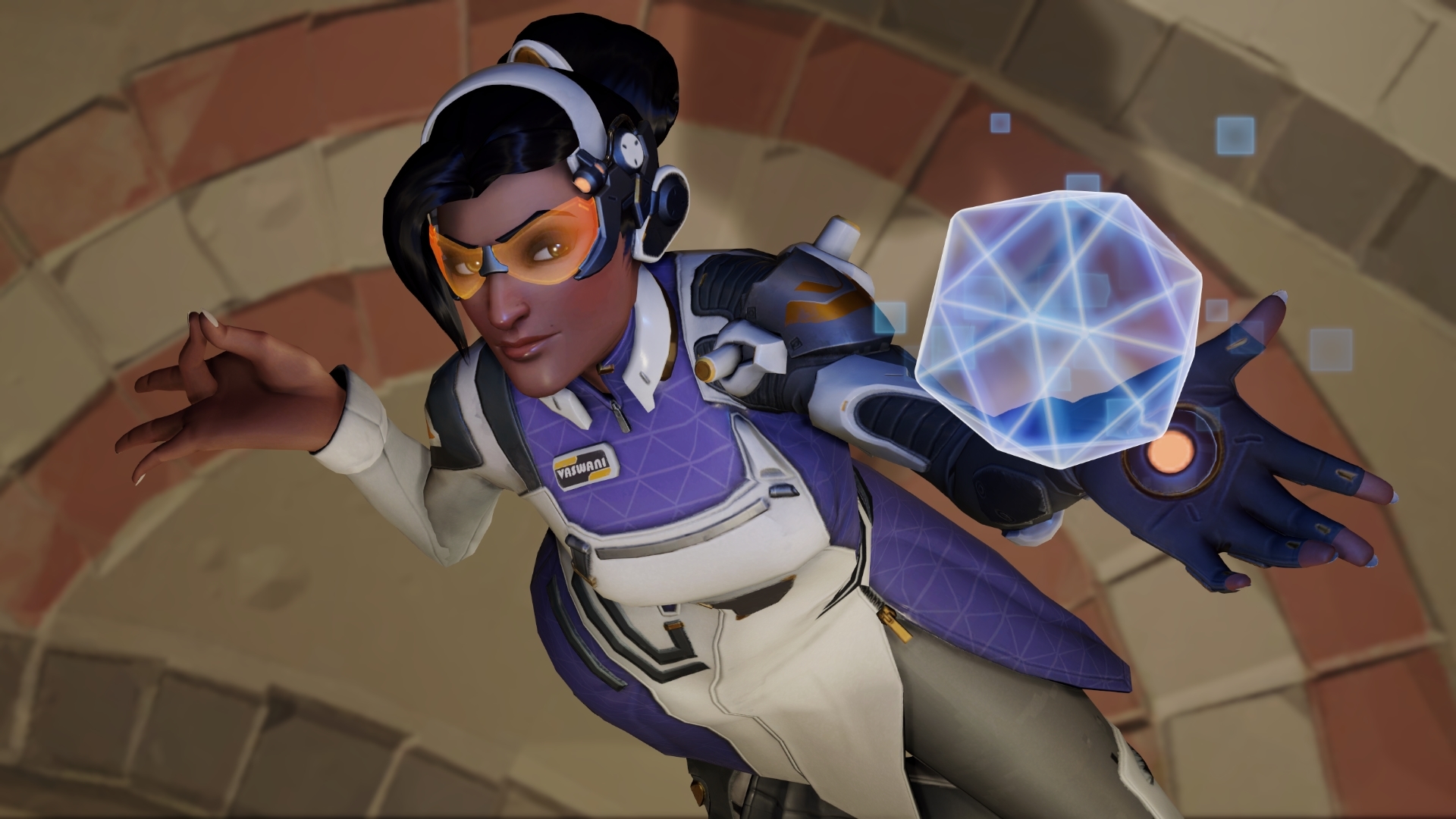 The Overwatch community has become known for its creative ways to play the game in highlight-worthy fashion. This newest one may be the most creative and interesting yet.

A Reddit post by “Blarghyy” shows just how creative one Symmetra player got in a game of theirs. Watch as the Symmetra player, named “Kozu,” casually drags two basketballs with all six of their turrets attached to them, creating a deadly helicopter-like laserbeam machine to take down a Mercy and Genji, earning Play of the Game honors.

It’s been known for some time that Symmetra can attach her turrets to objects like the basketballs that reside in the spawn rooms of certain maps, and that she can also use her primary fire to juggle them. But it takes an extreme amount of precision.

One slip of the trigger and the ball will drop and crush the turrets underneath it. Stand too close or too far and the beam of her gun won’t pick up the ball at all. For Kozu, they seem to have mastered the “death by basketball” meta, or at least gotten very lucky in this instance.

Symmetra’s turrets do 30 damage per second, meaning that all six turrets will do about 180 damage in one second of contact, leaving little time to escape. This death basketball would kill a majority of the game’s cast in mere seconds.

Let this gif be a warning. If you see a Symmetra pushing towards you with a floating ball, it’s time to run, pray, or both.