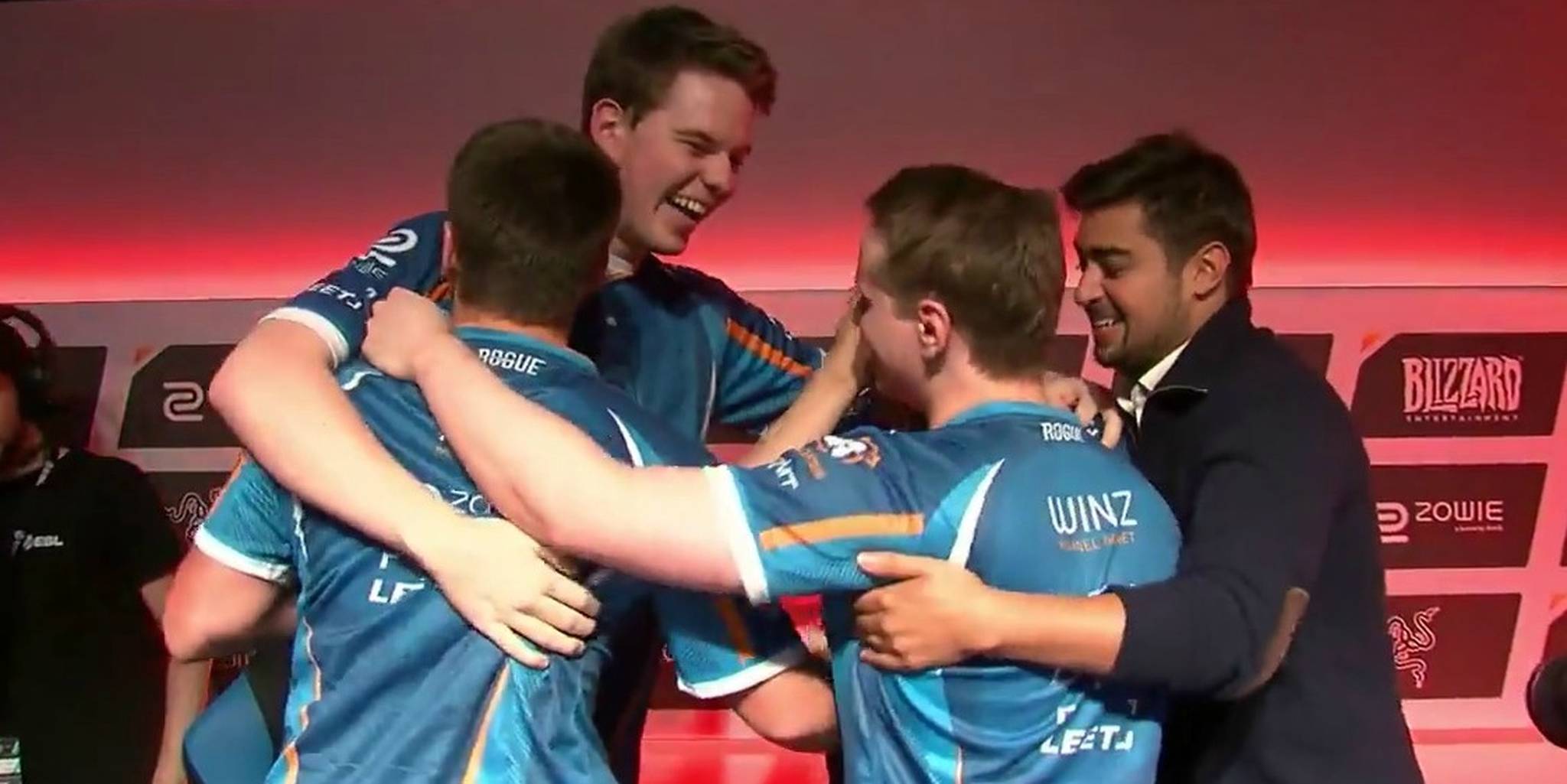 Esports is addicted to superlatives. Every event is historic. Every play is the best the commentator has ever seen. There’s so much hype it’s hard to take any of it seriously.

So while you can easily take this statement with a huge grain of salt, Overwatch saw the best match in its history during its first $100,000 tournament this weekend, the ESL Atlantic Showdown at Gamescom. In the semifinals, European side Rogue beat the best team in the game since its release, EnVyUs, in an explosive game that showcased everything Overwatch esports is about—and proved its potential on a grand stage.

Overwatch’s competitive history is a short one. While teams have been competing in the game for almost a year, this weekend’s tournament was really the first major event in its history, and that made it an important one. Blizzard has consistently stated it wants to push Overwatch as an esport, but so far the game’s wide success as a title has far outpaced the hype surrounding its esports events. This weekend showed that Overwatch esports has a chance to catch up to the game’s massive popularity—thanks, in large part, to matches like this one.

If you’re one of those people who think Overwatch is too difficult to watch, that stopwatch ruins the excitement of games, that Overwatch features too many characters that take no skill, that Overwatch won’t succeed as an esports, watch this match before making your final verdict.

The match had the storylines. EnVyUs entered the game on a 57 plus series win streak, undefeated since June 11. But all of their victories came online, never against European teams in a setting with even ping.

It had the players. Rogue captain Kevyn “TviQ” Lindström, often labelled the best player in the game during the beta, challenged five of his former teammates from IDDQD, a team which dominated the Overwatch beta with a win streak matching that of EnVyUs. Both teams fielded superstar lineups with star players in every position.

And boy, did it deliver.

Rogue toppled the mighty EnVyUs in a five-game series as close as you’ll ever see, with every payload map coming down to seconds on the clock, the king of the hill decider reaching a fifth game.

“It’s kind of unreal in a way, but at the same time I felt pretty confident going in,” Lindström later told theScore eSports. “We were the one to break the streak. It feels pretty fucking good.”

The result itself was an incredible one, the long dominating run of EnVyUs coming to an end at the hands of a team often plagued by inconsistency in Europe. But Rogue was the best team in Germany this weekend, playing a hyper-aggressive style that relied on the individual talent of their players to win small battles in hectic team fights to pull ahead. The normally regimented play of EnVyUs broke apart in the face of a charging Reinhart and Lindström’s superlative Genji dashing in backed by well-timed shields from Michaël “winz” Bignet’s Zarya.

The match opened on a pre-selected map, and the choice may be one of the reasons Rogue could pull off the epic upset. Anubis, an Assault map, is not a common pick in competition, especially in North America, but it quickly became clear at the event that European teams were ready for them, likely practicing them as a trump card against challengers from North America like EnVyUs.

That said, the game was still exceedingly close. Rogue had 3 minutes, 52 seconds to capture one control point to tie or two to win, and they managed to pull it off despite EnVyUs stuffing their initial push. With 1:19 and just one ultimate nearly charged left, they capped the first point, giving them a narrow window to core a victory, the key play coming off camera with less than 30 seconds left on the clock: Rogue’s Lúcio player, Jean-Louis Boyer, secured the kill on EnVyUs’ Zenyatta Sebastian “chipshajen” Widlund the second his ultimate came online, preventing him from using Transcendence to keep his teammates alive on the point to secure enough time for respawns to crush Rogue’s final push.

That took the game to EnVyUs’s map selection, and the best team in the world went standard as standard can be by picking King’s Row. EnVyUs opened on attack, but Rogue managed to delay them enough on the opening point and the streets section to set a very beatable 8:44 time. Rogue pulled out a wild card to start the next round, using Ana instead of Zenyatta, building her Nano Boost quickly to boost Reinhart and push before EnVyUs had ultimates. But the EnVyUs team seemed ready and focused down Jonathan “Re1nforce” Larsson before he did any damage. After switching heroes, Rogue eventually pushed all the way to the final point, EnVyUs stopping them with the payload just inches away from victory.

That set up Rogue for another wildcard map pick: Hanamura. The Assault map proved deadly for EnVyUs as TviQ pulled out another secret weapon: Mei. This time Rogue’s pocket pick was a rousing success. The Swedish superstar wrecked EnVyUs’s pushes by walling the choke before nailing multiple foes with well-aimed icicles to the head. While both teams managed to cap both points in their first attacks, the difference between the teams on the map can be summed up by the time it took them: EnVyUs only had 4:01 left in their time bank after capturing both points. Rogue took both points in less time than that. So Rogue took a 2-1 lead in the series.

It was no surprise that EnVyUs picked another payload map, Dorado. EnVyUs is famous for their Dorado prowess, using unfamiliar picks like Symmetra to put together oppressive and aggressive defenses. They’d start on offense, though, and while Rogue never truly stopped EnVyUs’s progress, they consistently delayed it, eventually stopping the cart inches away from the final with 7 minutes off the clock.

EnVyUs ended with an 8:34 time, another beatable mark, and one Rogue almost topped. At the 8 minute mark they had the cart pushing up the final ramp with EnVyuS wiped, but they managed to barely block a Reinhart ultimate to allow them out of the spawn and onto the payload long enough to score a win.

That set up the final map, Lijiang Tower, and a Control tiebreaker as close as the match itself followed. The teams traded rounds leading into the last gasp on the night market in a winner-take-all round. Going down to the final seconds: Rogue had 86 percent of the capture, but EnVyuS had the point ticking into upper digits; Rogue had one push left. In the ensuing fight, Michaël “winz” Bignet somehow survived with 7 health just in time to receive a Lúcio ultimate. That gave Bignet’s Zarya enough time to charge her ultimate, which he fired at the perfect moment an instant before he died. That 7 health won Rogue the game; without that ultimate, which led to an EnVyUs wipe, we may have seen the NA representatives advance to the finals and become the Atlantic Showdown champions.

Nearly 80,000 people tuned in to watch Overwatch this Sunday, and that’s in part because of action like this match. The game has a bright esports future, if this weekend’s tournament is any indication, and things are only just beginning.