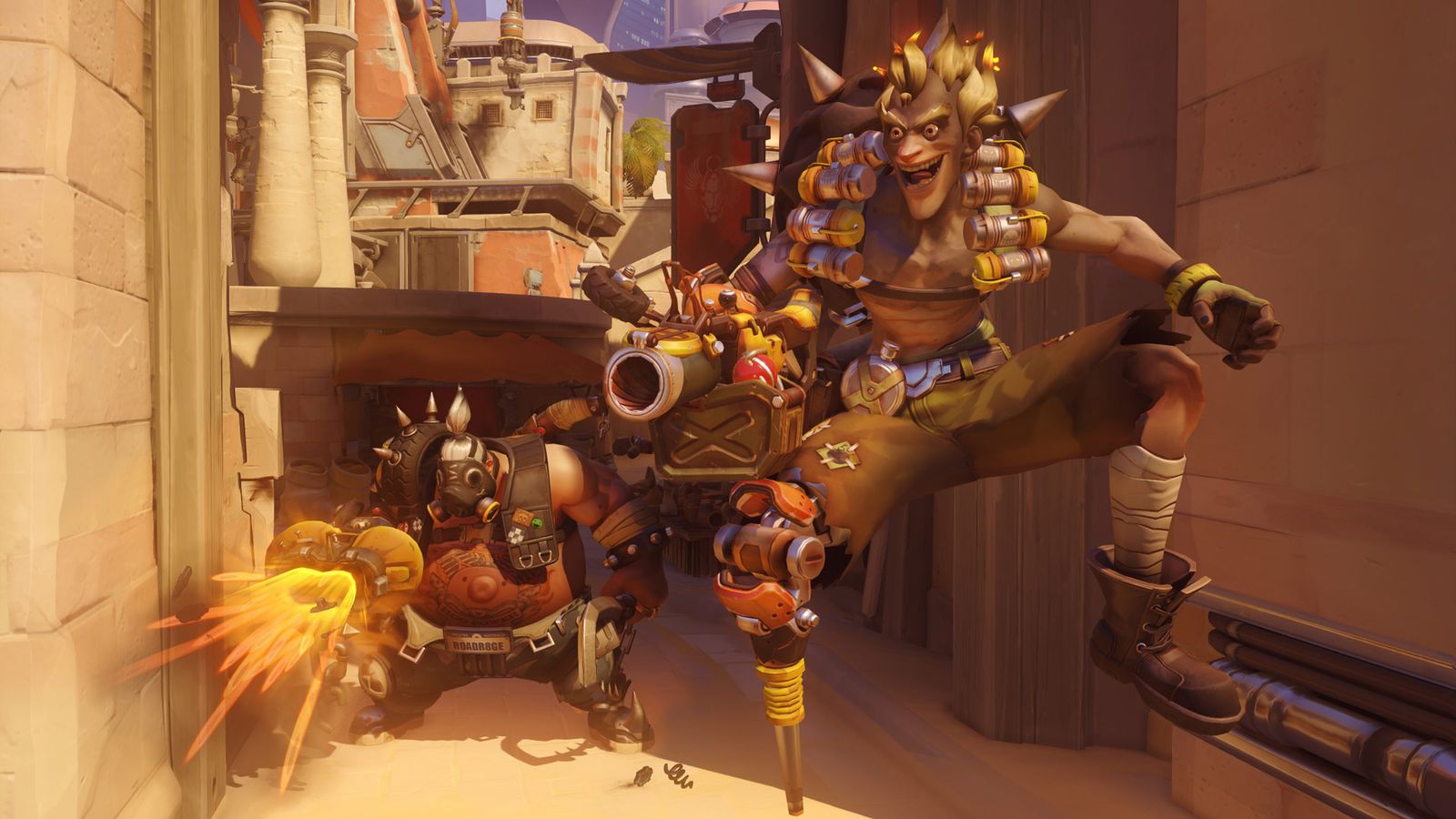 Overwatch’s new anniversary event, aptly named Overwatch Anniversary, gave each and every Overwatch hero sweet new dance moves. One of the best dances, however, is hidden in an Easter Egg activated when besties Roadhog and Junkrat bust moves next to each other.

Separate, both Roadhog and Junkrat show off their 90s dance prowess with the Cabbage Patch and the Running Man, respectively. But put them together and you’ll witness an adorable old-school dance collaboration.

While dancing next to each other in-game, Roadhog and Junkrat reach out and high five as they’re getting jiggy with their own individual dance moves. Roadhog and Junkrat are true bros, and we love that Blizzard is exploring new ways to show that off—just like they did with the Overwatch sprays designed to fit together.

“Our animators had a ton of fun exploring each of our characters and asking themselves, you know, ‘How would Soldier: 76 dance if you went to a party? What would [Reaper] be doing in his dance? What would Reinhardt’s dance be?'” Overwatch game director Jeff Kaplan said of the new dance emotes in a Developer’s Update. “We hope you have fun unlocking these and checking these out and playing with them in game. We look forward to the funny moments that we expect to come out of that.”

And that makes us wonder: Are there any more secret dance Easter Eggs hidden in Overwatch’s anniversary update? Don’t mind us, we’ll just be spending all our money on loot boxes so we can test out plenty of different combinations.