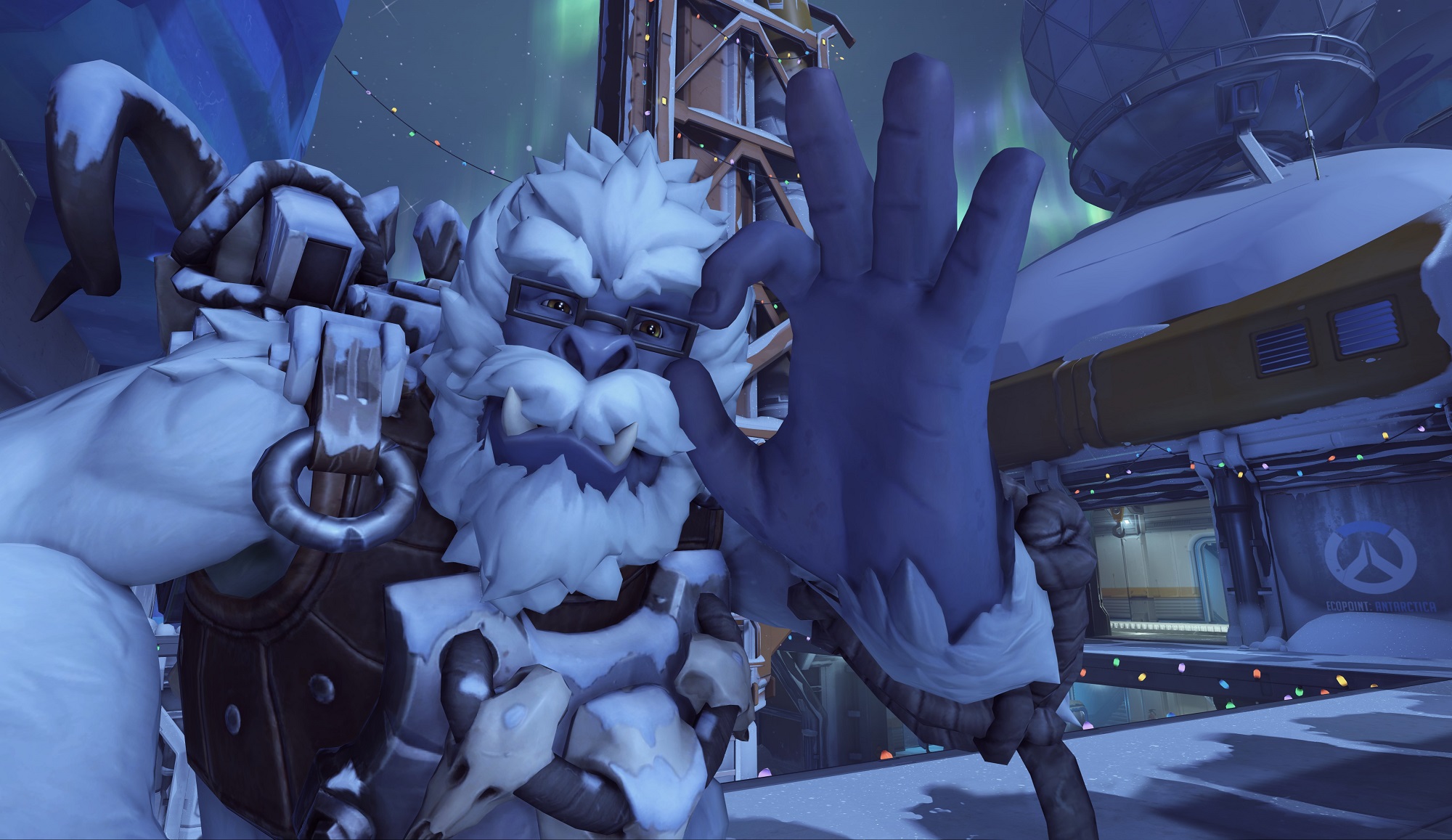 On Lúcio, Jeremy “Jer” Santacruz slams down his sound barrier, a wave of neon green crashing over his allies, triggering the rest of his Detroit Renegades teammates to push the King’s Row payload the final meters to the enemy spawn.

A biotic grenade from Jonathan “Sherlockey” Davis’ Ana puts compLexity Gaming’s Joey “jkw” Wavering’s Reinhardt low enough for the Renegades’ Roadhog, Christopher “J3sus” Pavloff, to finish him off. Once Reinhardt is down, the team has nothing left to stop Renegades, even after Liam “Mangachu” Campbell’s Pharah annihilates herself (as well as compLexity’s Jackson “Shake” Kaplan on Ana) with her own rocket barrage backfiring.

“CompLexity has been our kryptonite,” Renegades’ Preston “Juv3nile” Dornon told Dot Esports. They’re the only team able to take a few rounds off the Overwatch Winter Premiere’s dominant team. Over three nights of group play against four different teams, Renegades have yet to drop a map.

Overwatch Winter Premiere’s first round robin group stage begins again tonight, Jan. 10, with Renegades facing off against Immortals. Coming off a week-long bootcamp in Detroit before the group stage, Renegades are confident they can hold off anyone, including Immortals. “Our current roster is just about ready for anything,” Juv3nile said, though Immortals are their biggest competition. “They have been lights out, and [Brady “Agilities” Girardi] is the best Roadhog in North America.”

Still, even with confidence high, Renegades aren’t writing off anyone. “The top six is going to be insanely tough and that’s why we want another short bootcamp before it,” Juv3nile added.

But there’s still three days of the top eight to get through, and if Renegades’ performance last week was any indication, they’ll enter into the top six easily. Renegades has 2-0’ed every team they came against since they were acquired by Jonas Jerebko’s esports organization in early January.

Renegades’ performance in the Overwatch Winter Premiere bodes well for the team in the future, too. The roster has only been playing together for about two weeks now. The team was known as Kingdom Esports before the buyout, with Mangachu playing for Tempo Storm and Jer previously on Immortals.

“Mangachu had only played with us since Winter Premiere qualifiers,” Juv3nile said. “Jer for only two weeks, including bootcamp time, and Ricky “manOFsnow” wasn’t playing with us either until two weeks ago. We needed the bootcamp to cram as much as we could into a short period. All of that is what has helped us play as well as we have as a team.”

Renegades takes on Immortals (who today announced an investment from Lionsgate) at 6.30pm ET (3:30pm PT) on Twitch. If anyone can take down Renegades, it’s Immortals, but our money’s on the win streak continuing.