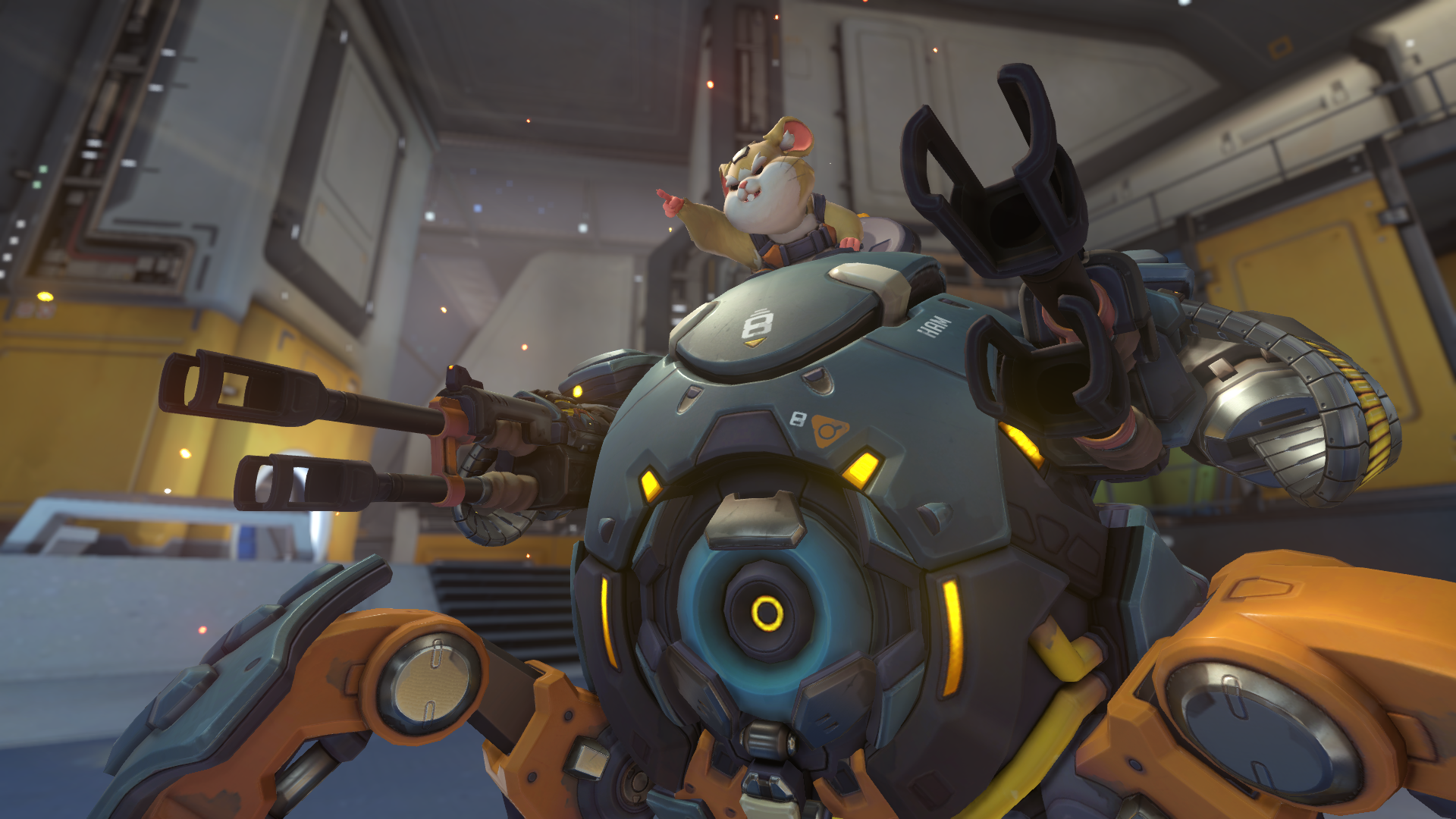 Earlier today, two Overwatch concept artists revealed the first of Hammond’s cosmetics during a live stream. Now, the rest of his unlockables are up on the Overwatch test server.

All of his new skins are available on the test server, as well as his emotes, sprays, highlight introductions, and victory poses. There’s a lot to look through, all of which is absolutely adorable, just like Hammond—also known as Wrecking Ball.

Here are all of the Wrecking Ball cosmetics up now on the PTR.