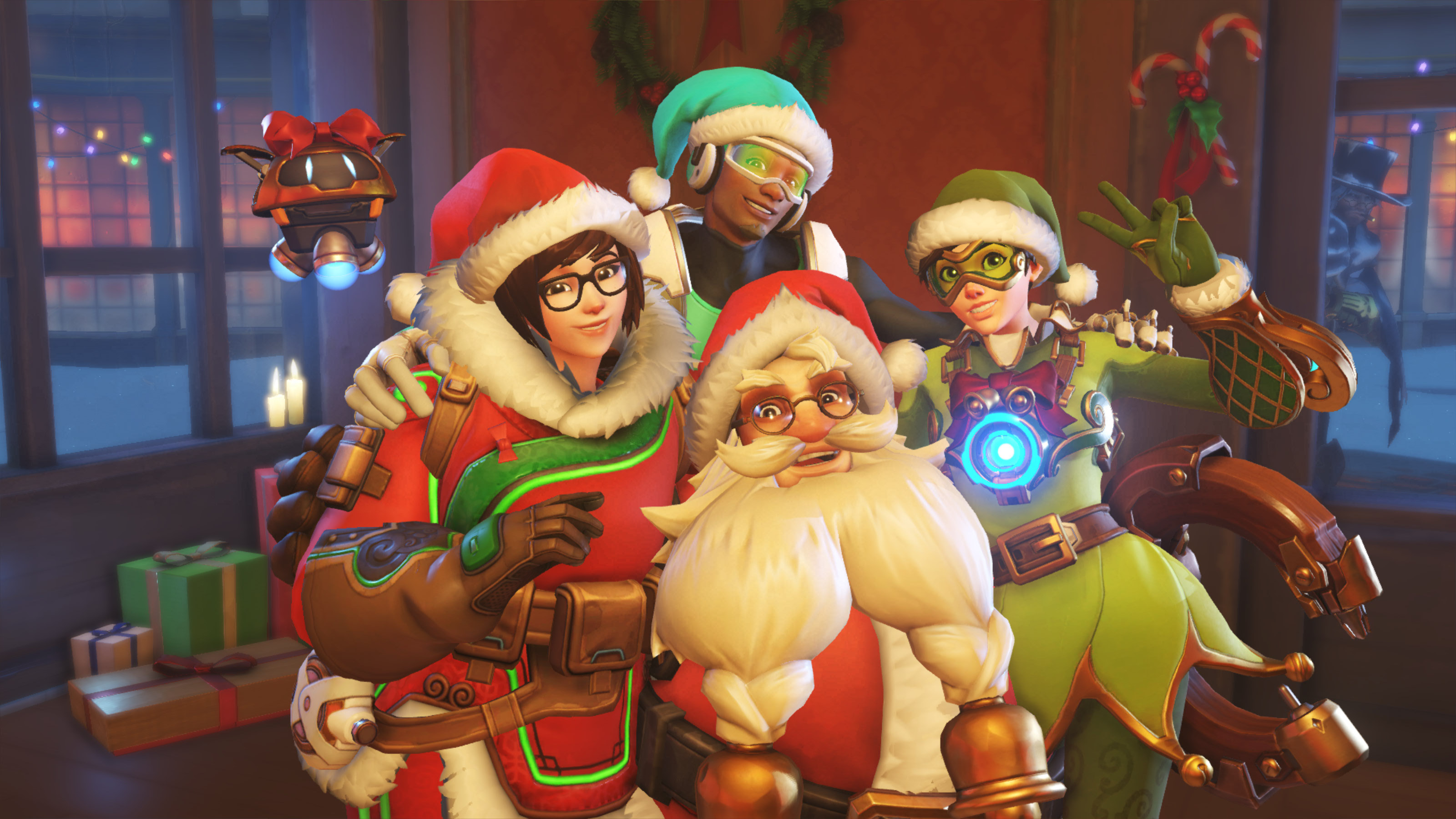 Overwatch‘s holiday event is here—and it’s called Winter Wonderland. All of the heroes are getting in the holiday spirit, whether it’s with a new skin, highlight intro, voice line, or spray. Winter Wonderland will run from Dec. 13 until Jan. 2, so you’ve got plenty of time to rack up Overwatch‘s gift wrapped loot boxes.

Along with the festive new loot, Overwatch developer Blizzard Entertainment is introducing a new brawl, Mei’s Snowball Offensive. It’s a six-on-six, single-elimination mode where everyone plays as Mei—except instead of her endothermic blaster shooting icicles, it shoots snowballs. One hit from a snowball takes out an enemy player, but missing will cost you. To reload, you’ve got to run around the map looking for snow piles. Her ultimate is changed, too. Instead of unleashing a blizzard, Mei’s blaster turns into a semi-automatic snowball launcher.

But before you get into that, check out the new skins. All of them are available with Overwatch credits, if they don’t pop up in any of your holiday loot boxes. You’ll also find three new highlight intros—one for Mei, Widowmaker, and Symmetra each—and a few new holiday emotes tucked in among your gifts. Everyone has a new spray and voice line, too.

Blizzard knows how to wield a good pun. Dressed up in her holiday best, Mei’s Mei-rry skin costs a whopping 3,000 Overwatch credits.

Like Pharah, Reaper’s new Shiver skin makes the hero look as if he’s been frozen by Mei. Decked out in white and blue, Shiver Reaper costs 750 Overwatch credits.

Can’t you just imagine Rudolph Roadhog leading Santa’s sleigh? Down to each and every detail—from the Rudolph tattoo to “HoHoHog” on his belt—this skin is perfect. Rudolph Roadhog costs 750 Overwatch credits.

Peppermint Sombra is a true treat. Her new red and white skin costs 750 Overwatch credits, unless she somehow hacks her way into your holiday loot box.

So here it is, folks. Blizzard Entertainment gave Torbjörn the high honor of being Santa this holiday season. And we can’t blame them, he makes a good one. Santaclad Torbjörn costs 3,000 Overwatch credits.

Santa’s got to have an elf, right? This year, it’s Tracer. It’s a choice that makes sense, too. We’re sure she’s super speedy in making those toys. Jingle Tracer costs 3,000 Overwatch credits.

Doesn’t Winston look so cute? He’s a Yeti we can all snuggle up with. For 3,000 Overwatch credits, he can be yours.

That white suit really sets off Zarya’s snow-dusted pink hair. It’s a subtle look, and we like it. Frosted Zarya costs 750 Overwatch credits.

In probably the biggest transformation in this year’s holiday event, Zenyatta is no longer an Omnic. He’s the Nutcracker. Instead of orbs, he’s got nuts. And a beard. For 3,000 Overwatch credits, you can nab Nutcracker Zenyatta.

Widowmaker, Mei, and Symmetra each got a highlight intro in Overwatch‘s Winter Wonderland update. They’re all good, but Widowmaker’s is straight up savage.

As you might expect, the new sprays are pretty good, too. Each hero has at least one—a recreation of said hero as an adorable holiday ornament. Plus, a few heroes have sprays of them as snowmen. It’s a good haul of holiday loot, overall. Now get in there and earn yourself some holiday loot boxes, kids.