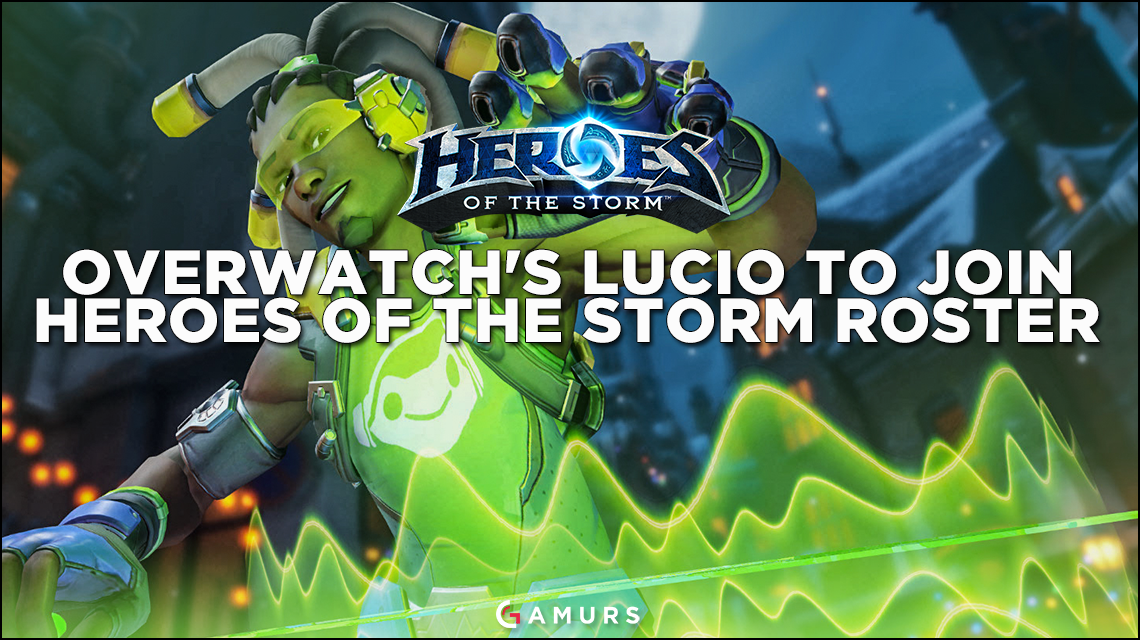 Lucio is set to be the next Hero to join the Nexus.

Overwatch’s roller-blading DJ with healing powers will be the third character from the game to join Blizzard’s MOBA, Heroes of the Storm. He joins Tracer and Zarya as the other Overwatch members on the roster.

Our next hero is coming to the Public Test Realm soon. Here’s a video to help you get amped up! pic.twitter.com/rjkeI8IVV0

No concrete details were given about Lucio, but if you have knowledge of his abilities in Overwatch and have seen the teaser video, you can deduce what he’ll be like in HOTS.

He’s shown wall-riding, attacking with his Sonic Amplifier gun, using his Sound Barrier Ultimate, and giving an area-of-effect buff to allies around him. He will most likely be a Support Hero, just as he is in Overwatch.

Overwatch and HOTS have a history of crossovers, with Tracer and Zarya both joining HOTS, and a promotion being held over the winter that awarded players a Genji skin in Overwatch for playing HOTS with their friends. Nothing similar has been announced just yet for Lucio.

Lucio will be playable on the Public Test Realm soon. No release window was given.

Are you excited to see Lucio in HOTS? Let us know in the comments below and follow @GAMURScom on Twitter for further esports coverage.