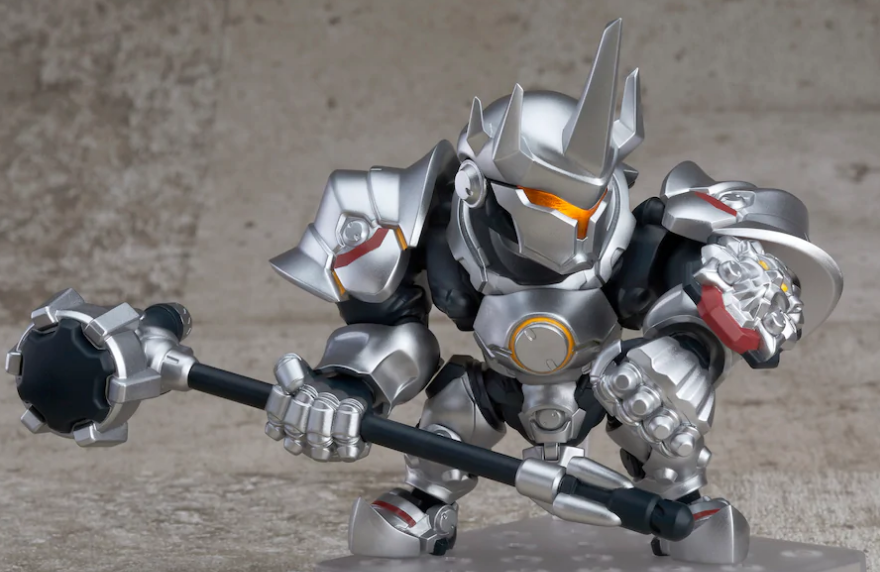 Overwatch’s partnership with Good Smile Company has brought many awesome figures over the past few years, but the latest in the anime-style Nendoroid series might be its best yet.

None other than Reinhardt is the next hero to get the Nendoroid treatment. His exaggerated body type and armor set are perfect for the style of this series of figures.

The figure stands approximately seven inches tall and comes with multiple points of articulation so it can be posed several ways. It also comes with Reinhardt’s hammer and Barrier Shield, a Fire Strike flame, and a base to display it on.

He also has an interchangeable head so you can take off his helmet to see his flowing gray locks and scarred face, as well as a stein of beer to drink when he’s done smashing things with his hammer.

The Reinhardt Nendoroid can be pre-ordered from the Blizzard Gear Store right now. It’s on sale for $68.99, so it’s a little pricier than other Nendoroid models. It’ll ship no later than Dec. 31 of this year.