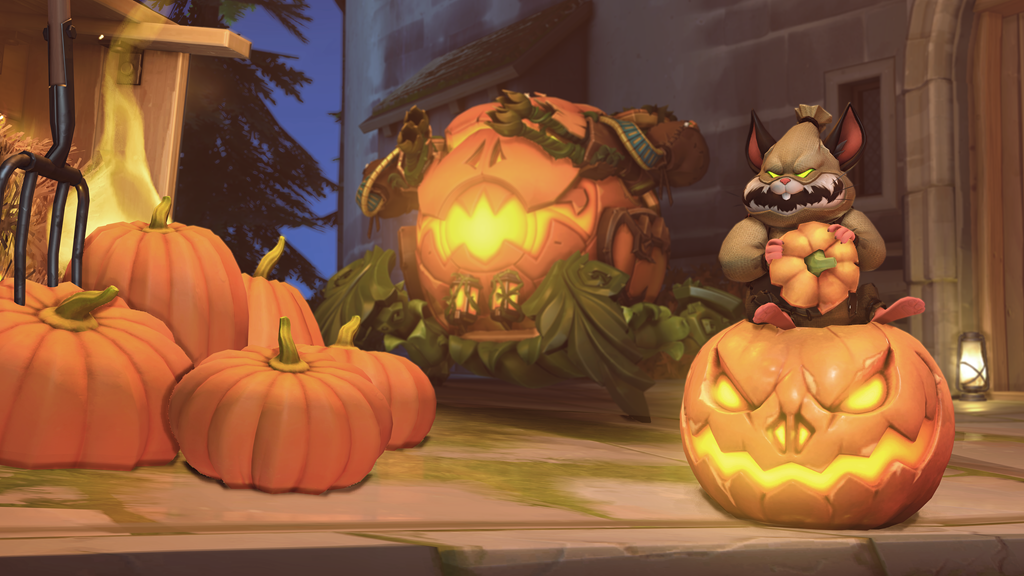 Blizzard Entertainment dropped a short teaser for this year’s Halloween-themed event, showing off just a single cosmetic item: an emote for Zenyatta. The support hero—who normally floats around the game’s maps—stands and stretches his legs and back before quickly looking around and returning to his cross-legged position in the air.

Today’s event announcement strayed from Blizzard’s usual reveal style. Normally, the Overwatch developer reveals an event a week in advance before slowly releasing previews of upcoming cosmetics in the days leading up to the date. For this year’s Halloween Terror event, however, Blizzard is choosing to go the surprise-reveal route, springing the date on fans a day before the festivities actually go live.

Overwatch fans will have a little less than three weeks to celebrate the spooky season before the event wraps on Nov. 4. Fans can expect the return of the Junkenstein’s Revenge game mode, but not much else has been revealed regarding cosmetics.