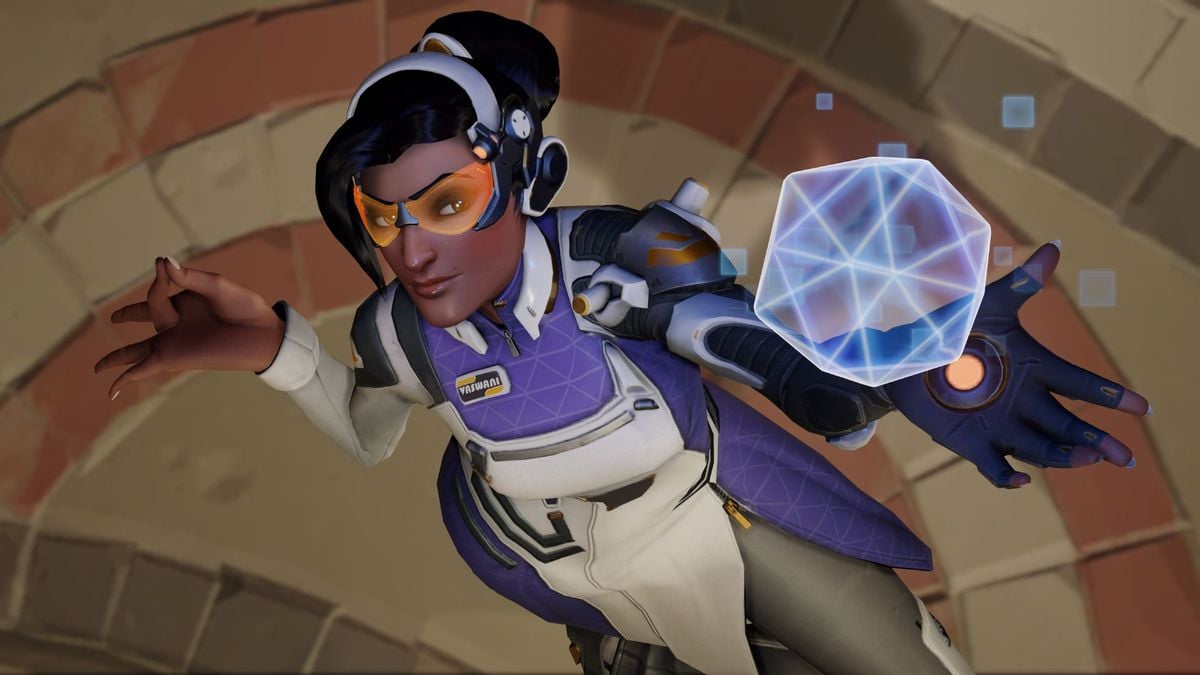 Blizzard is still working on new iteration of Overwatch support hero Symmetra—one that will turn her into a defense hero.

Overwatch developer Geoff Goodman posted an update on the team’s progress to the game’s forum. “I don’t really have visuals to show you, sadly, but we’re very much in progress working on her still,” Goodman said. “There have been a few changes to her as we’ve been play testing her since I last posted.”

Related: New details have been revealed about Symmetra’s rework

There are two big changes from his last update—the projectile turrets and teleporter. Symmetra’s new turrets are still projectiles, but enemy players can now destroy them as they’re tossed into the air. “This makes it harder to throw them directly at people in a fight to force them to turn around to kill it,” Goodman said. Symmetra players will have to be a bit sneakier to get their turrets to land. Or they could just pre-place them, Goodman added.

Symmetra’s new teleporter—which has moved to be E ability—will also now require a button input to trigger, but the teleporter works in both directions. Players will be able to do weird tricks like throwing a teleporter into an enemy’s Graviton Surge, Zarya’s ultimate, to pull the team to safety.

“We’ve also seen interesting stats where a Symmetra can baby-sit a friendly Ana/Zen and place a teleporter if they get jumped on, giving a mobility out to heroes that don’t typically have that option,” Goodman said. “There is a small cooldown before you can take the teleporter once you’ve used it, so you can’t just spam back and forth instantly.”

It sounds like objects, like Torbjörn’s turret and D.Va’s exploding mech, can still be shot through the teleporter.

Goodman also noted that there have been a few numbers tweakers to “get her in shape,” too. The Overwatch developer didn’t give a set timeline for her launch, but noted that the team is hoping to get something out “reasonably soon.”