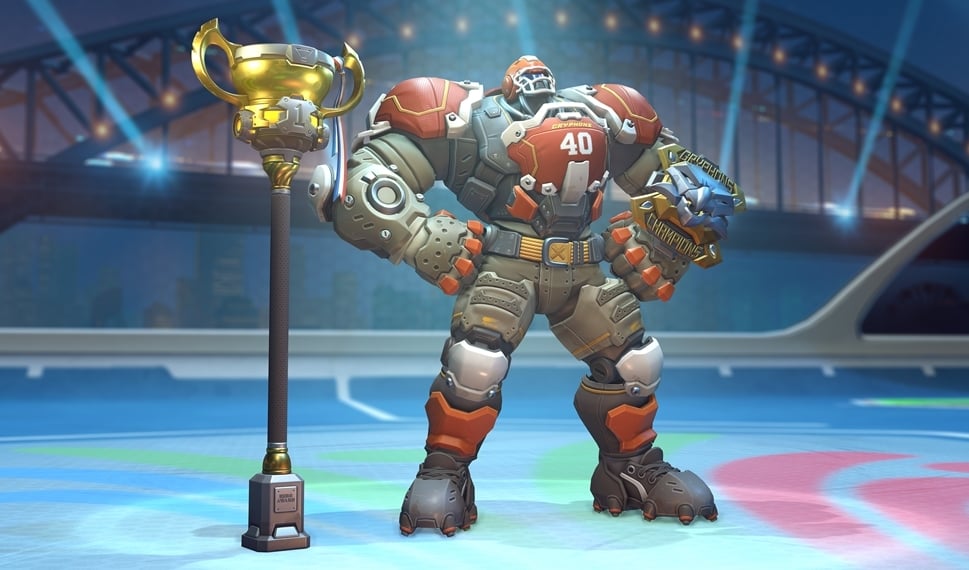 Competitive Overwatch players are downsizing their hero pools in season 12, opting to play “mains,” according to data from Omnic Meta.

During season 12, which started on Aug. 31, Overwatch players are deciding to play a singular hero the majority of the time. (Omnic Meta considers a “one-trick” to be a player who uses one hero 80 percent of the time or more, while a “main” is a hero chosen 50 percent or more of the time.) Hero diversity has improved overall, Omnic Meta said, the majority of players are specializing in not only a role, but a hero. “The number of players specializing in a single hero continues to grow over time,” according to Omnic Meta. In season four, just 25 percent of players were specializing in a single hero, compared to the 55 percent who do now.

Related: Hope you’ve got room on your toy shelf—Zenyatta’s the next Overwatch action figure

This isn’t a good or bad thing, especially considering that overall hero diversity has been increasing in Overwatch. But why the increase? Overwatch’s Looking for Group feature, which essentially allows players to queue for specific roles, ensures that players will be able to play a role that they’re comfortable in, instead of filling. Of course, this is speculation: There’s no real way to tell, yet, why players chose what they do. But over time, players have realized that playing a single hero is an easy way to get good at that hero, and that probably accounts for some of the increase. Flexibility is still very important, especially in volatile metas. Overwatch is built on the idea of being able adjust and adapt. Having an Overwatch main doesn’t mean you can’t or shouldn’t play other heroes.

The most popular hero main across a few different skill ratings is Reinhardt, who took Omnic Meta’s number one spot from silver to diamond rankings. Naturally, Reinhardt is considered a meta hero across a few different compositions, which has definitely increased his popularity in the current season. Ana reached number one for master and grandmaster, while D.Va is the top main in bronze. Moira and Mercy have also been popular across all ranks.

Omnic Meta data regarding win rates show that Reinhardt has proven himself particularly worthy of his main status, with win rates as high as over 55 percent. “For example, notice the 55 percent average win rates for Reinhardt and D.Va mains, and 54 percent for Lúcio,” Omnic Meta wrote. “The win rates on those three heroes are consistently high, which makes sense given their utility and strong place in the meta.”

The data proves it: Maining an Overwatch hero is working for a lot of people, at least for now.